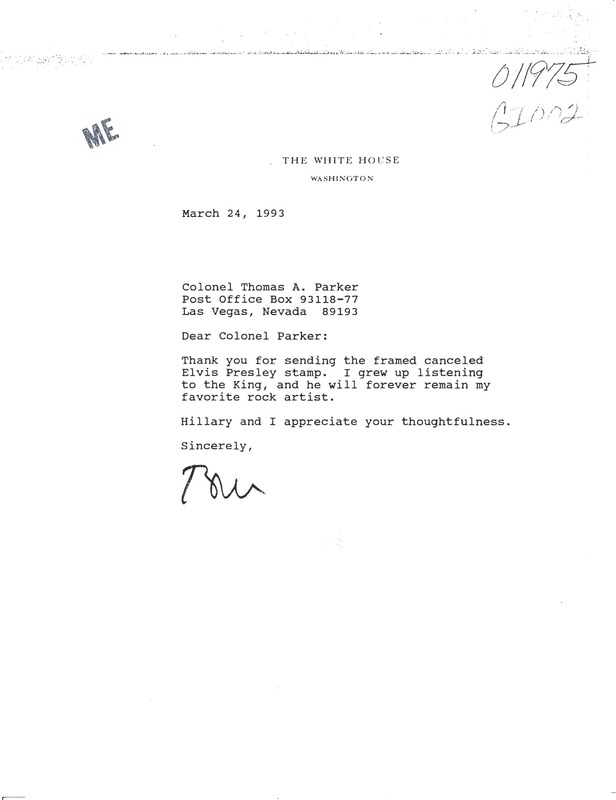 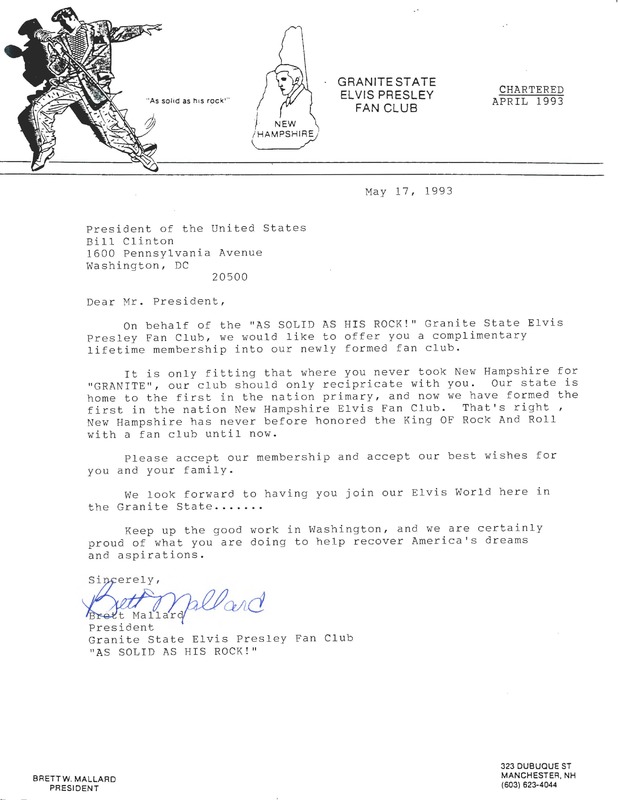 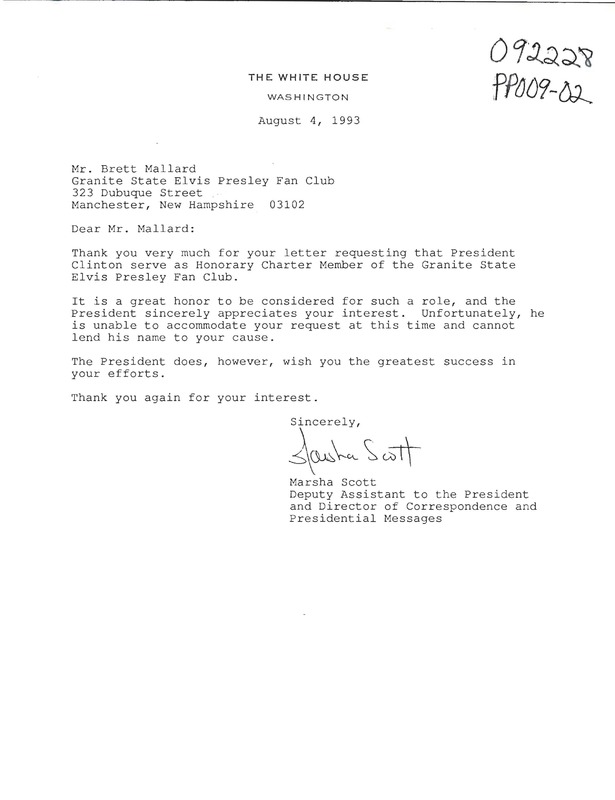 The documents highlighted here are in honor of what would have been Elvis Presley’s 80th birthday (2015). Born in Tupelo, Mississippi on January 8, 1935, the so-called “King” revolutionized rock and roll and established himself as the preeminent figure in the medium. Bill Clinton became a fan very early on, declaring in his autobiography My Life “I loved Elvis. I could sing all his songs, … Beyond his music, I identified with his small-town southern roots.”

In the first letter President Clinton (March 24, 1993) thanked the legendary Colonel Parker, who managed the rollicking performer often referred to as the “Memphis Flash” at the height of a storied career, for sending him a framed canceled Elvis Presley stamp.  He says he listened to Elvis as a child and young adult and will continue to seek out his music.

The final bit of correspondence is centered around a request for President Clinton to become a honorary Charter Member of the Granite State Elvis Presley Fan Club.  Brett Mallard, president of the “As Solid As His Rock!” Granite State Elvis Presley Fan Club in Manchester, New Hampshire, extended an invitation in a letter (May 17, 1993) for President Clinton to accept membership in the first ever Elvis Presley Fan Club in the state.  Marsha Scott, Deputy Assistant to the President and Director of Correspondence and Presidential Messages, responded by asserting Clinton’s wish for  “the greatest success” in the endeavors of Mallard; however, he had legal constraints that prevented him from lending “his name to your cause.”