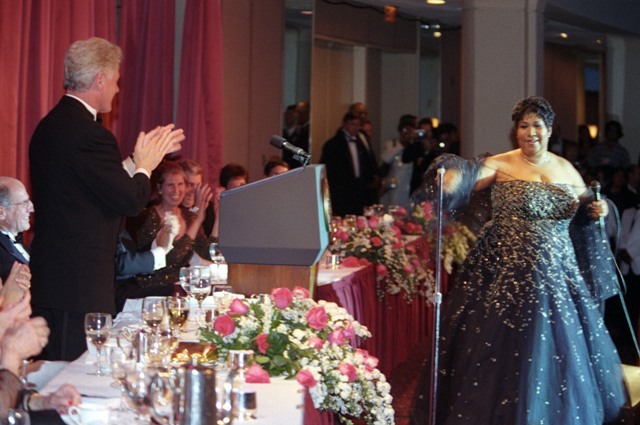 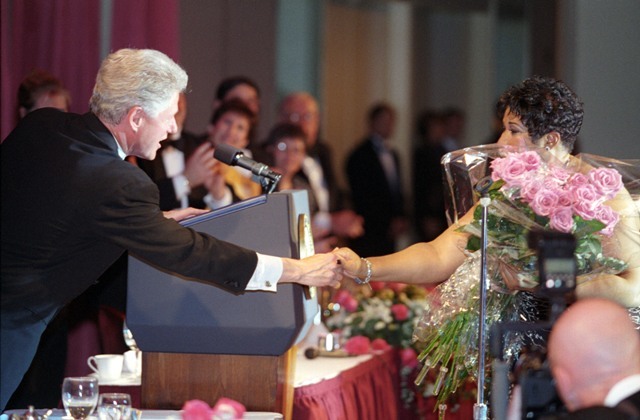 Dubbed “The Queen of Soul” by the end of the 1960s, Aretha Franklin turned 74 on March 25, 2016. She has had an illustrious career with a string of signature hits that made her the preeminent rhythm and blues artist of the modern generation. These songs include “Respect,” “(You Make Me Feel Like) A Natural Woman,” and “Think.” Among the honors earned by Franklin one of the most noteworthy would be getting ranked first on the Rolling Stone list of the Greatest Singers of All Time. In addition, she has won 18 Grammy Awards, charted 112 singles on Billboard, charted 20 number-one R&B singles, become the first woman inducted into the Rock and Roll Hall of Fame in 1987, and received the Presidential Medal of Freedom from George W. Bush in 2005.

Born in Memphis in 1942, Franklin first gained recognition as a gospel artist. She began singing solos at the age of 10 at her father’s church in Detroit, Michigan. Clarence LaVaughn (nicknamed C. L.) moved the family there in 1947 and assumed the pastorship of New Bethel Baptist Church. With C.L. serving as her manager, Franklin toured with the gospel groups The Caravans and The Soul Stirrers. She developed a crush on Sam Cooke, then a member of The Soul Stirrers before embarking on a secular career. After turning 18, the aspiring artist informed her father that she wished to follow in Cooke’s footsteps and make pop music records.

Franklin didn’t gain instant stardom upon signing with Columbia Records in 1960. She achieved a smattering of success with the release of the singles “Won’t Be Long,” (peaking at number 7 on the R&B chart), “Runnin’ Out of Fools” (also getting into the top ten on the R&B chart), and “You Made Me Love You” (making the Easy Listening charts). Her highest charting album, The Tender, the Moving, the Swinging Aretha Franklin, came out in 1962 and stalled at number 69 on the Billboard Pop LPs chart. A few executives at Columbia bemoaned the fact that Franklin’s potential didn’t get realized and, as a consequence, she failed to sell enough records.

Franklin’s greatest commercial success came after she signed with Atlantic Records in 1967. During her twelve-year stay there Franklin became the bestselling R&B female artist of all time. On many occasions she teamed up with producer Jerry Wexler and the famed Muscle Shoals Rhythm Section; the results were astonishing. Hit singles that still reverberate today: “I Never Loved a Man (The Way I Loved You),” “Baby I Love You,” “(You Make Me Feel Like) A Natural Woman,” and “Respect,” (all released in 1967) and “Chain of Fools,” “Ain’t No Way,” “Think,” and “I Say a Little Prayer,” (all released in 1968). These songs largely came from Franklin’s top-selling albums, I Never Loved a Man the Way I Love You (1967), Lady Soul and Aretha Now (1968). At the height of her musical prowess, Franklin appeared on the cover of Time magazine in June 1968.

The 1970s weren’t quite so kind to Franklin. She released top ten singles “Spanish Harlem,” “Rock Steady,” and “Day Dreaming” and put out popular and critically acclaimed albums Spirit in the Dark, Young, and Gifted & Black. Her gospel album, Amazing Grace proved to be a solid effort as it sold over two million copies. But a whole string of LPs (Hey Now Hey (The Other Side of the Sky), Sweet Passion, Almighty Fire, and La Diva) all flopped. Franklin ended her association with Atlantic Records in 1979.

Franklin signed with Clive Davis’ Arista Records in 1980 and remained with them until 2004. The highlights of this long stay included her guest role as a waitress in the hit movie, The Blues Brothers. She got back on track musically with the records Who’s Zoomin’ Who? (1985) and Aretha (1986). These albums reflected Franklin’s desire to come up with a fresher “younger sound.” Charting singles that stood out from the releases were “Freeway of Love,” “Sisters Are Doing It for Themselves,” and a remake of the Rolling Stones “Jumpin’ Jack Flash.”

In recent years Franklin has made a number of notable appearances at public events. She teamed up with Aaron Neville and Dr. John to sing The Star Spangled Banner for Super Bowl XL, held in her hometown of Detroit in February 2006. At President Barack Obama’s inaugural ceremony in January 2009, Franklin sang “My Country ‘Tis of Thee.” Last year at the Kennedy Center Honors segment paying tribute to Carole King she sang “(You Make Me Feel Like) A Natural Woman” in a spectacular and rousing fashion. Franklin dropped her fur coat to the stage during the bridge of the song. The audience responded with an enthusiastic standing fashion.

The two photos here show President Clinton and Aretha Franklin at the White House Correspondents Association Dinner at the Washington Hilton Hotel on May 1, 1999. Clinton addressed the journalists while Franklin provided the entertainment afterwards. Both pictures show the President applauding “The Queen of Soul.” It is not clear whether the shots were taken before or after Franklin’s performance.