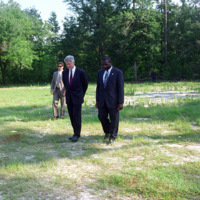 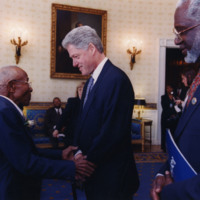 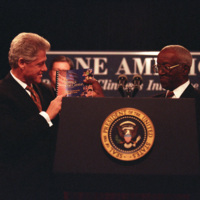 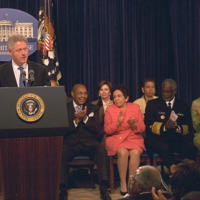 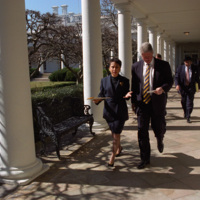 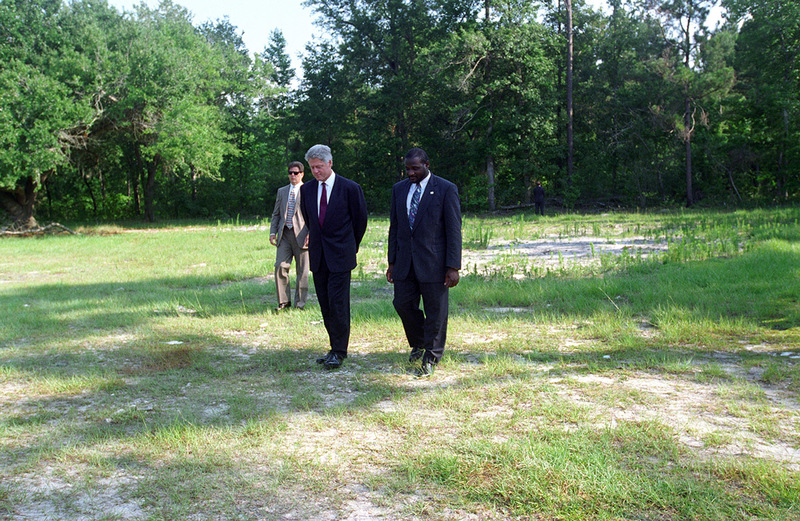 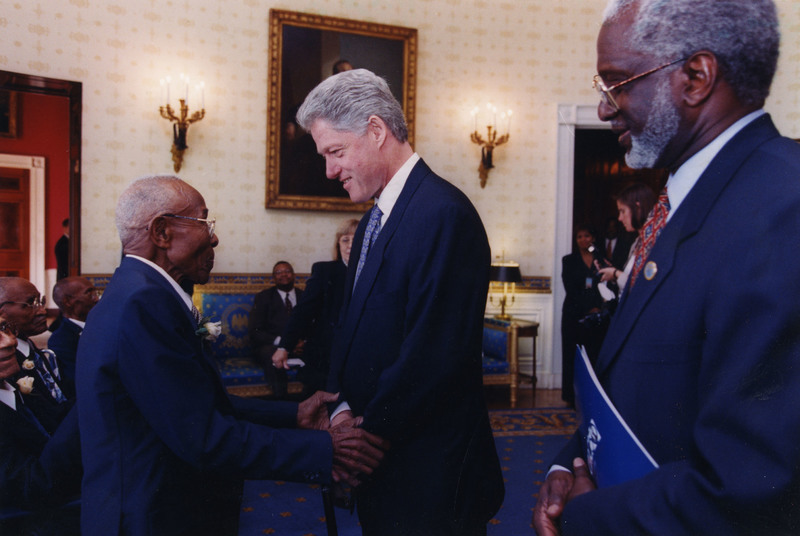 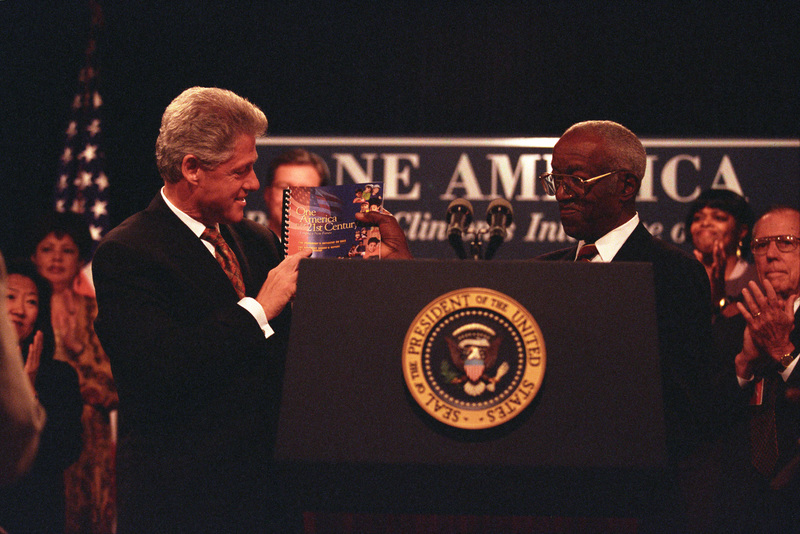 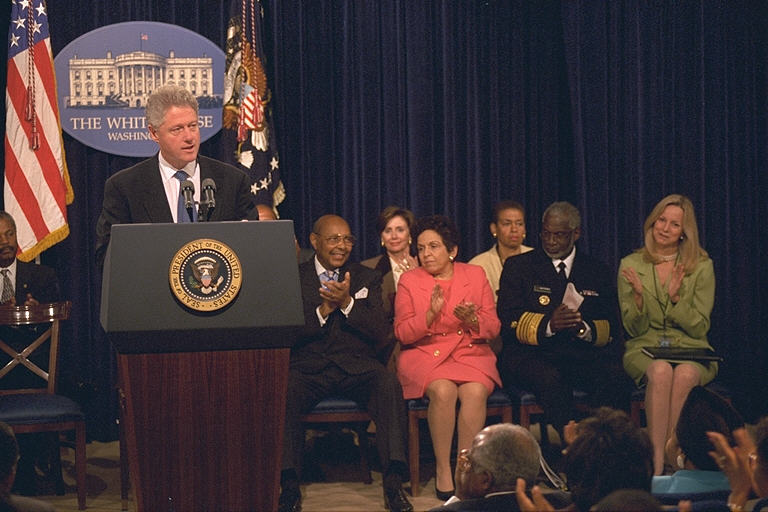 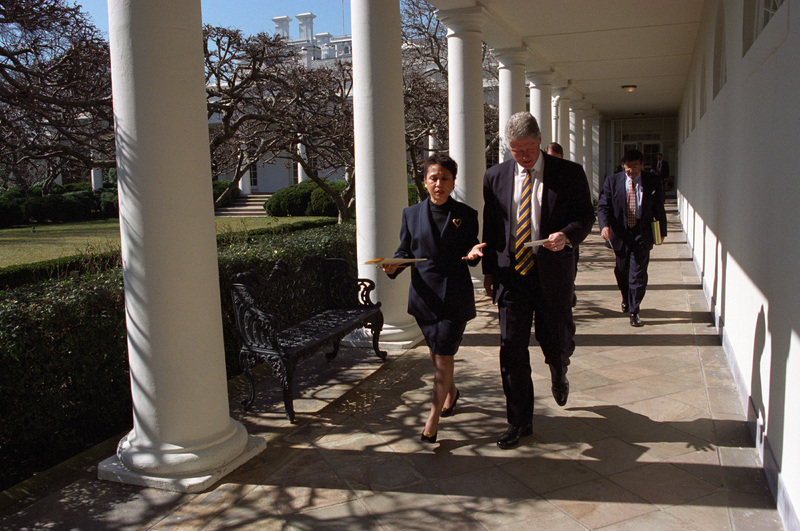 This topical research guide contains links to Finding Aids on open record collections related to Black Americans during the Clinton administration. Material on the folder or document level can be found by searching the Clinton Digital Library. Additional resources will be added as more collections are processed and released. Language used in this research guide attempts to follow guidelines from the Archivist’s Task Force on Racism. Many of the Finding Aids listed in this research guide were created before these guidelines were issued.  This guide uses the terminology “African American” (in quotes) when Finding Aids used this same terminology.

Collections created by some of the Black staffers that worked in the Clinton White House include the records of Alexis Herman, Ben Johnson, Maggie Williams, Terry Edmonds, and Minyon Moore.

The “Additional Information” section of this guide links to more material on Black appointees during the Clinton administration.

Finding Aids and digitized collections on topics related to Black Americans, race, or issues that affected marginalized communities during the Clinton administration include: