The Dissolution of Yugoslavia 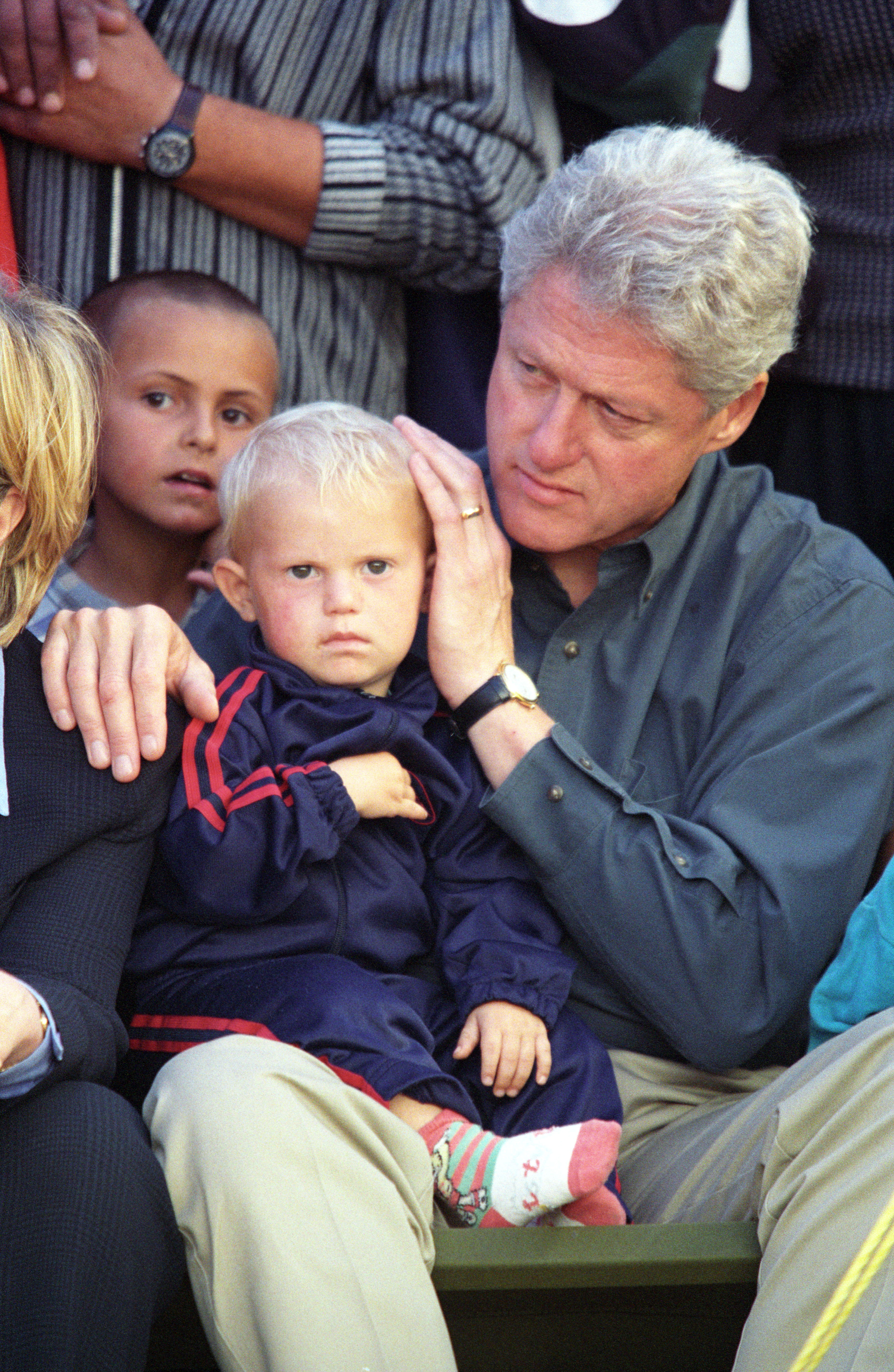 Of the many realities of a changing, post-Cold War World that President Clinton encountered as he began his first term, the conflict in the former Yugoslavia was among the most pressing. Previously united throughout the Ottoman Empire, the Austro-Hungarian Empire, the Kingdom of Yugoslavia, and the Socialist Federal Republic of Yugoslavia under Tito, the multiethnic Balkan states began to pull apart in the late 1980s and early 1990s. As the republics of Croatia, Serbia, and Bosnia and Herzegovina voted for independence, Serbian leader Slobodan Milsovic ascended to the Presidency of Yugoslavia and used the office as a vehicle for his Serbian nationalist ideology. In 1991 and 1992, fighting broke out between pro-independence and pro-Serbian forces throughout the region. The worst of this fighting occurred in Bosnia and Herzegovina. Bosnia, located in the heart of the former Yugoslavia, is a historically multi-ethnic region, home to Muslims, Croats, and Serbs. As Milosevic’s Serb nationalist ideology spread, Bosnian Serbs under the leadership of Radovan Karadzic clashed violently with the rest of the Bosnian population and the Muslim-dominated Bosnian government.

The United Nations (UN), Europe, and the United States grew increasingly alarmed with the situation in Bosnia and feared implications of a wider Balkan war, particularly since Russia and the Serbs were historically allies. As multiple attempts at ceasefire failed, the UN sent peacekeeping forces (UNPROFOR) and the Security Council imposed economic sanctions and an arms embargo against the former Yugoslav republics. However, the West took no further actions in the beginning. In a departure from the previous administration’s policy, Arkansas Governor Bill Clinton advocated more robust American involvement in support of the Bosnians during his successful 1992 Presidential campaign.

Indeed, when President Clinton took office in January, the former Yugoslavia ranked high on the list of foreign policy concerns for the new administration. UN Representative Cyrus Vance and European Community (EC) Representative David Owen had recently proposed a peace plan (the Vance-Owen plan) that required consideration. In the meantime, the violence and humanitarian situation in Bosnia had grown worse. The Clinton Administration was so concerned over the situation that the National Security Council Principals Committee convened their first meeting of the new administration to discuss the former Yugoslavia. While he did not endorse the Vance-Owen plan, the new Secretary of State Warren Christopher pledged the United States to support the ongoing negotiations. However, in April 1993 the Bosnian Serb parliament rejected the Vance-Owen plan and the fighting worsened.

The following month, the Clinton Administration announced its intention to pursue a policy of lifting the arms embargo on Bosnia while conducting airstrikes against the Serbs, also referred to as “lift and strike.” However, emphatic rejection from the British and the French put the strategy on hold. Instead, Russia and the western allies worked through UN Security Council resolutions to negotiate the Joint Action Program. Through a series of Security Council resolutions, the program created “safe areas,” or humanitarian corridors, for the Bosnian Muslims. These areas included: Srebrenica, Sarajevo, Zepa, Gorazde, Tuzla, and Bihac. Despite NATO pressure to abide by the UN resolutions, the Serbian forces continued to antagonize safe areas, including both Sarajevo and Gorazde, and reports of heinous humanitarian abuses continued to emerge. The United States and Europe then endorsed a new effort negotiating peace in June 1994. The “contact group plan” divided Bosnia - 49 percent to be governed by the Serbs and 51 percent for the Muslims and Croats. The latter agreed to the plan, but the Serbs rejected it. The final straw for the United States and NATO came in July 1995, when Bosnian Serb forces invaded the safe areas of Srebrenica and Zepa, slaughtering between 5,000 and 10,000 Muslims. After the Serbs attacked the heart of Sarajevo, NATO began airstrikes. The U.S. House of Representatives voted overwhelmingly to lift the arms embargo on Bosnia.

Following the NATO bombing and Muslim and Croat successes on the ground, U.S. Assistant Secretary of State Richard Holbrooke facilitated agreement in Geneva between the parties on a negotiating framework to partition Bosnia in a way that reflected the status of control at the time. A new ceasefire went into effect in October 1995, and unlike previous attempts, was generally respected. In November, Presidents Slobodan Milosevic of Serbia, Franjo Tudjman of Croatia, and Alija Izetbegovic of Bosnia and Herzegovina met at Wright-Patterson Air Force Base in Dayton, Ohio. The agreement provided for an independent Republic of Bosnia and Herzegovina comprised of two states: the Muslim and Croat Federation of Bosnia-Herzegovina in the West and the Serb Republika Sprksa in the East. The agreements were signed on December 14, 1995 and a NATO-led implementation force (IFOR) was deployed between the two sections to secure the peace. The Dayton Agreement remains in effect to this day.

The Dayton Agreement was not the end of the fighting in the former Yugoslavia. In addition to tensions with Croatia and Bosnia-Herzegovina, the ethnically Albanian Muslim region of Kosovo in Serbia had been agitating for autonomy since 1989. However, the region was also of spiritual importance to the Eastern Orthodox Serbs. Under the leadership of ethnic Albanian leader Ibrahim Rugova, tensions escalated throughout the 1990s. In 1996 the Kosovo Liberation Army (KLA) formed and began attacking Serb police and politicians. The primarily Serbian Yugoslav army attempted to reassert control over Kosovo in 1998, committing and producing a refugee situation that was reminiscent of the Bosnian War. Perhaps having learned from the previous conflict, the contact group quickly demanded a cease-fire. When Slobodan Milosevic failed to implement it, leading to more violence and ethnic cleansing, the UN Security Council enacted an arms embargo. After the February 1999 attempt at negotiations in Rambouillet, France broke down, NATO commenced airstrikes against Serb military targets. Eventually, NATO and the Serbs came to an agreement in June 1999 that required the withdrawal of Serb forces and the return of the refugees. A NATO peacekeeping force, or Kosovo Force (KFOR) was deployed to the region. The people of the remaining parts of Yugoslavia - mainly Serbia and Montenegro - voted Slobodan Milosevic out of power in the presidential elections of 2000. In 2001 Yugoslav authorities arrested Milosevic and extradited him to the Hague to stand trial before the International Criminal Tribunal for the former Yugoslavia on war crimes charges. In 2006 Milosevic died in prison of a heart attack before the conclusion of his trial. While most of the violence in the former Yugoslavia has ended, tensions remain in the region.

A symposium was held October 1, 2013 at the William J. Clinton Presidential Library and Museum with President Clinton and former key Administration officials. They discussed intelligence and presidential policy making during the 1992-95 Bosnian War. A booklet, "Bosnia, Intelligence, and the Clinton Presidency," was created for the conference. Video from the conference is made available from the Bill, Hillary, and Chelsea Clinton Foundation. More than 300 declassified documents related to the Director of Central Intelligence Interagency Balkan Task Force (BTF) and the role of intelligence were released in preparation for the symposium. View these declassified records. 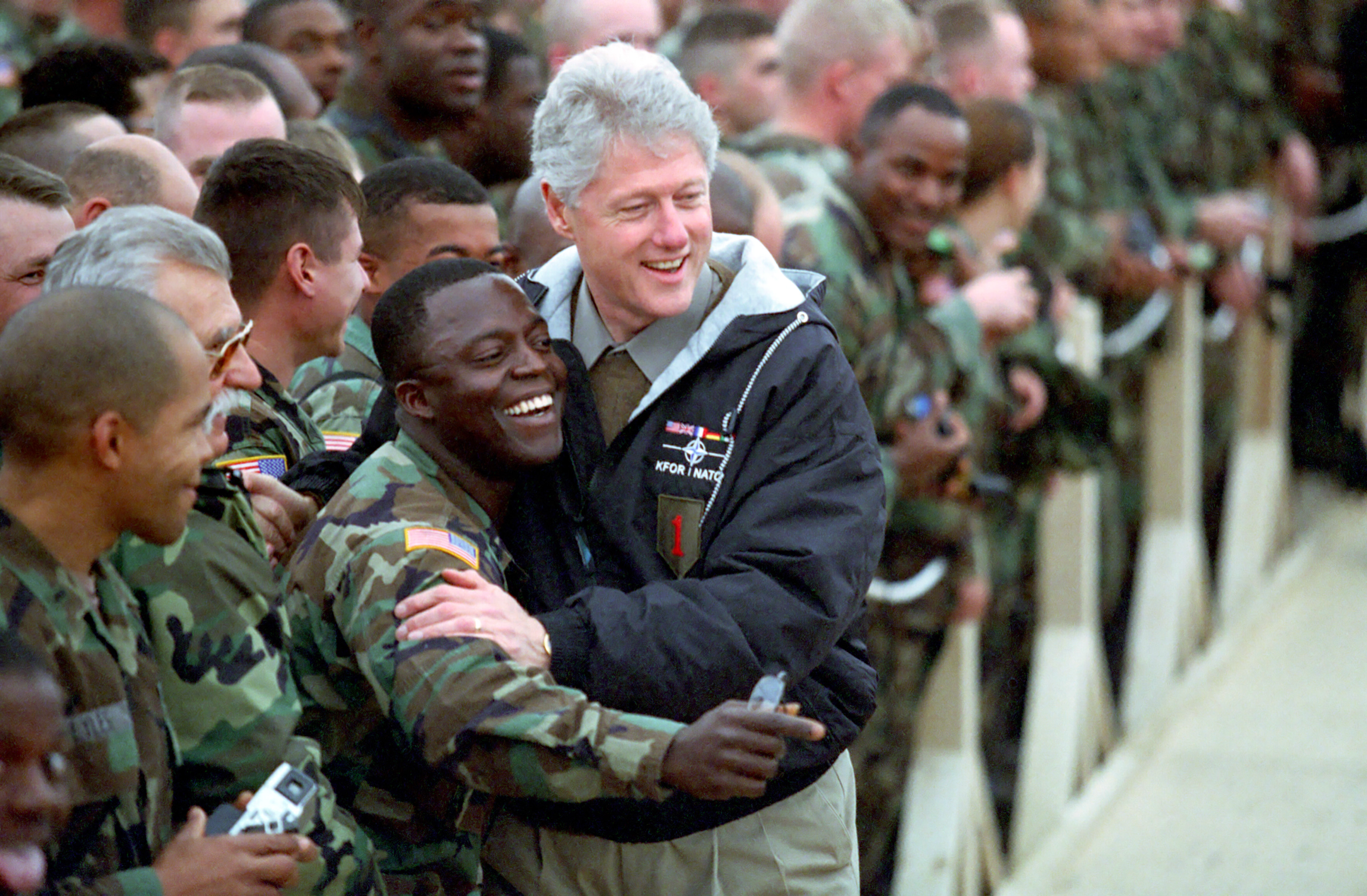 Records on the Bosnian War