The Arrest of Harry Wu 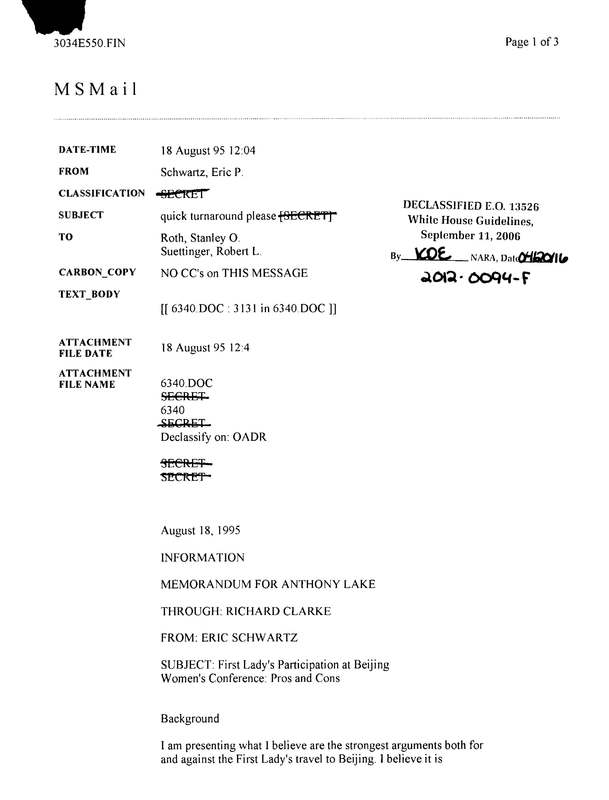 Internally, the National Security Council assesses the pros and cons of the First Lady’s trip.

A native of China, Harry Wu was a well-known activist committed to exposing China’s human rights violations. In 1960, Wu was imprisoned in a Chinese labor camp for 19 years, where he was starved, beaten, and witnessed the deaths of his fellow prisoners. After his release, he eventually immigrated to the United States for a visiting scholar position at the University of California at Berkeley.

Wu’s life became public when he exposed his firsthand experience of atrocities in Chinese labor camps to several U.S. media outlets. Throughout the 1990s, he routinely returned to China to covertly collect evidence of the brutal torture prisoners endured.

On June 19th, 1995, Wu was arrested for espionage and stealing secret documents after entering China from Kazakhstan. His arrest was not made public until July 8th, then it instantly broke into an international story. 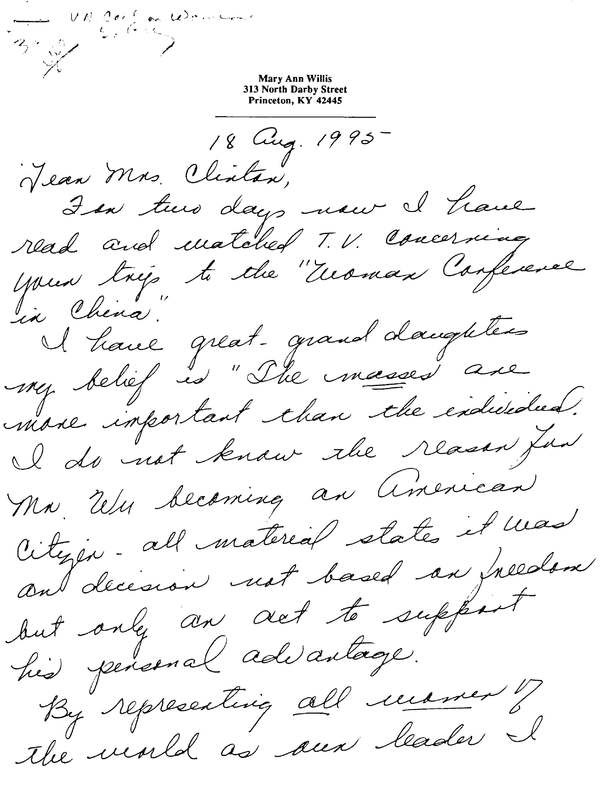 A member of the public writes to President Clinton and the First Lady, urging her to go despite Wu’s arrest.

A public outcry for his release ensued. Renewed opposition mounted to the First Lady’s attendance at the conference, and public opinion remained divided. Doubts escalated within the executive branch on whether she should attend.

← Conference Preparation
Will She Stay or Will She Go? →
The Arrest of Harry Wu