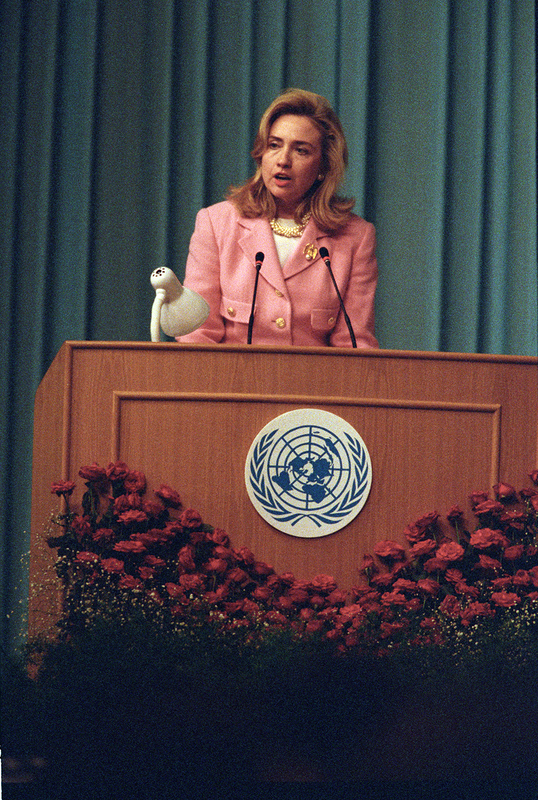 The First Lady delivers the keynote address at the Fourth World Conference on Women in Beijing China, on September 5th, 1995.

Standing before representatives from 189 nations, First Lady Hillary Rodham Clinton delivered these remarks at the Fourth World Conference on Women in Beijing, China, on September 5, 1995.  The attendees gave her a thunderous ovation.

“Women’s rights are human rights,” was immediately embraced as an international rallying cry for gender equality. The sentiment, “women’s rights are human rights,” existed before the First Lady’s speech, but never had been voiced so prominently to a global audience. American Rhetoric ranks her speech as 35th out of the 100 most significant American political speeches.

The speech almost didn’t happen. The conference itself was fraught with controversy. Press, politicians, and the public all aired strong opinions. All debated, “Should she even go?”

Hillary Clinton did attend the conference and the rhetoric regarding women's role in global life was reshaped by her words in Beijing.