First Lady Hillary Rodham Clinton worked with her Deputy Chief of Staff, Melanne Verveer, and the President’s staff to assemble a diverse delegation. They also extensively strategized on how to best advocate for women’s rights without appearing to validate the actions of a country with flagrant human rights abuses. 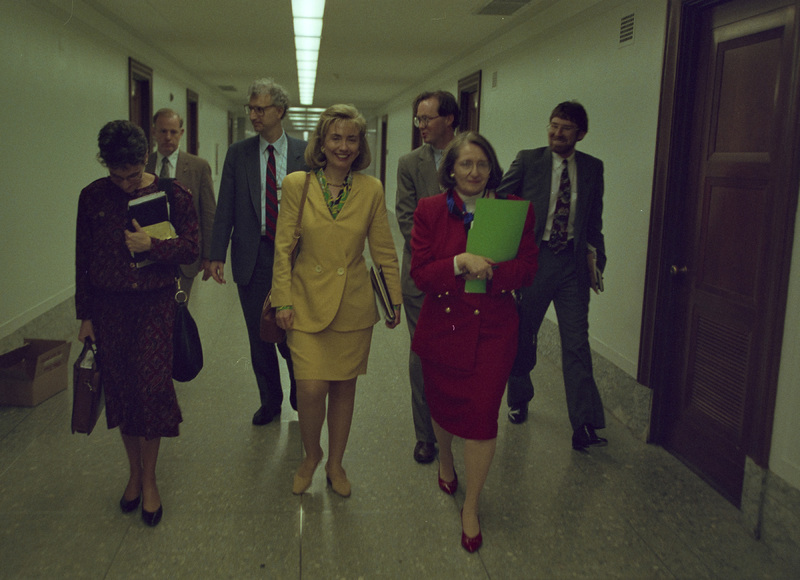 Melanne Verveer, second from right, was the First Lady’s Deputy Chief of Staff and played an instrumental role in preparing for the conference.

The speech needed to strike a delicate balance. Although eager for the First Lady to visit the country for the prestige, China’s government was also nervous about her speaking at the conference. If she directly rebuked China for its human rights abuses, she could severely damage the already frayed relations between the United States and China. If she did not address them, her visit would be seen as a major victory for the Chinese government in ignoring their human rights record. 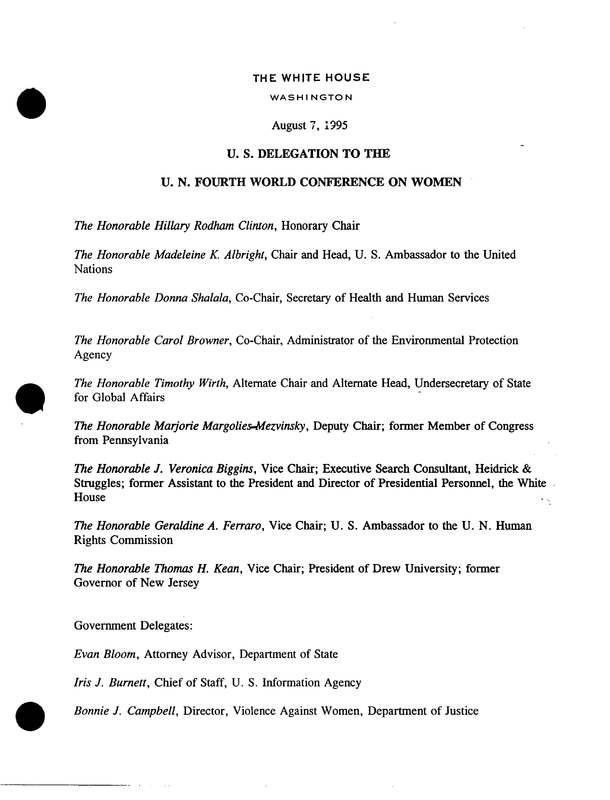 The team also carefully curated who would comprise the delegation. The delegation would represent individuals across a spectrum of political, ethnic, and religious identities to curb domestic accusations of a radical feminist agenda. Then a sudden crisis erupted, threatening the First Lady’s decision to go: China’s arrest of Harry Wu.

← The China Controversy
The Arrest of Harry Wu →
Conference Preparation