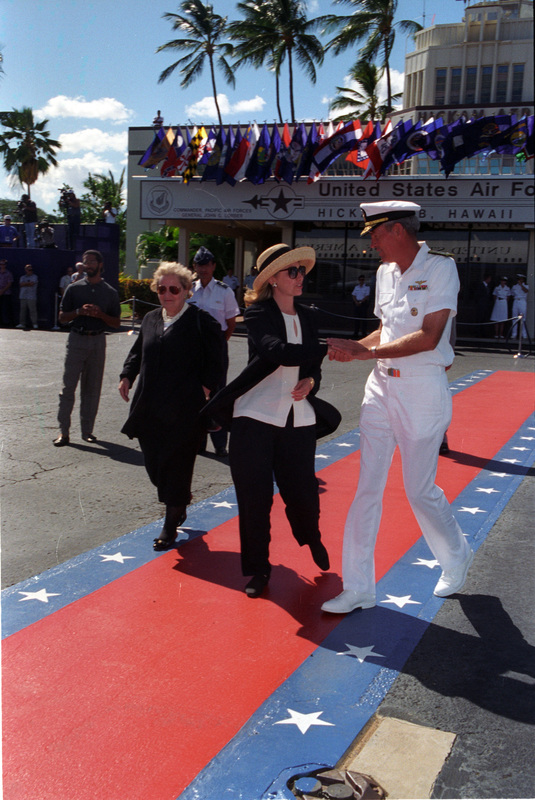 As she flew to China aboard an Air Force jet from an event in Hawaii, the First Lady and her team continued to edit and refine her speech. Already facing enormous pressure, her speech would be the keynote address at the conference.

The First Lady recounted telling Madeleine Albright  that, “I want to push the envelope as far as I can on behalf of women and girls.” Together, they worked on strengthening the speech’s emphasis on the cruelties of violent conflicts and war on women and girls. Her team also focused on placing a higher emphasis on defining and affirming human rights (Living History, page 302). 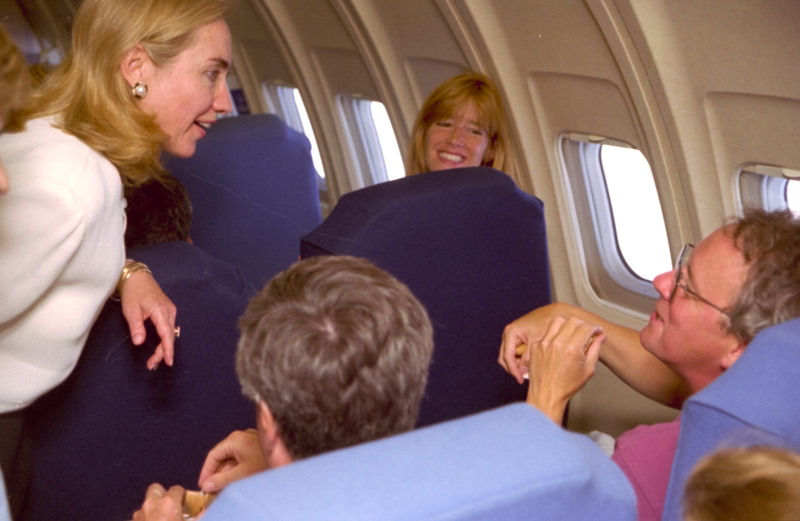 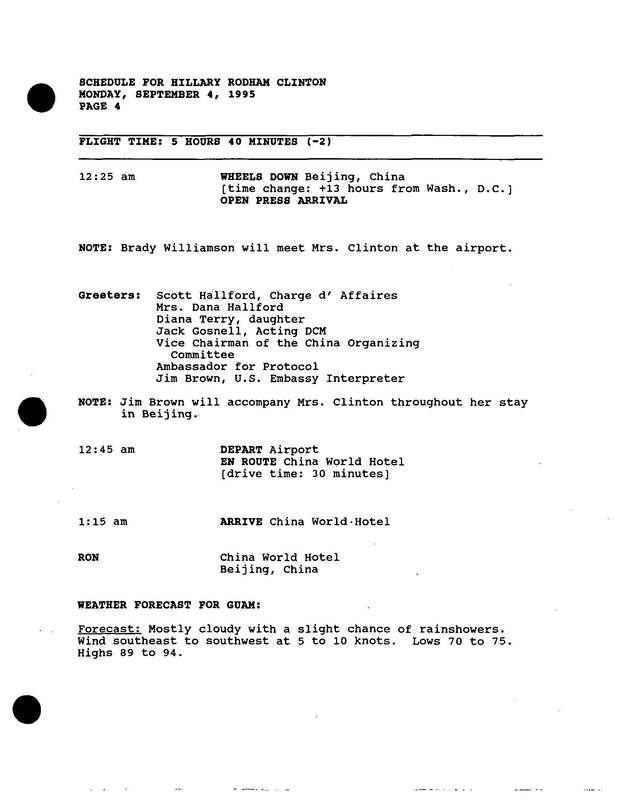 These pages document the First Lady’s schedule during her trip to China for the conference.

The First Lady arrived at the China World Hotel on September 5th, 1995 at 1:15 a.m.. In just a little over 12 hours, she would be delivering her headlining speech at the conference’s plenary session – the finishing touches still underway.

Aware that the Chinese government was watching their every move, Verveer recounted: “We'd walk around that hotel room late at night, in a circular fashion, in hopes that the cameras in the ceiling weren't able to catch what was on paper as we were making some final changes.” 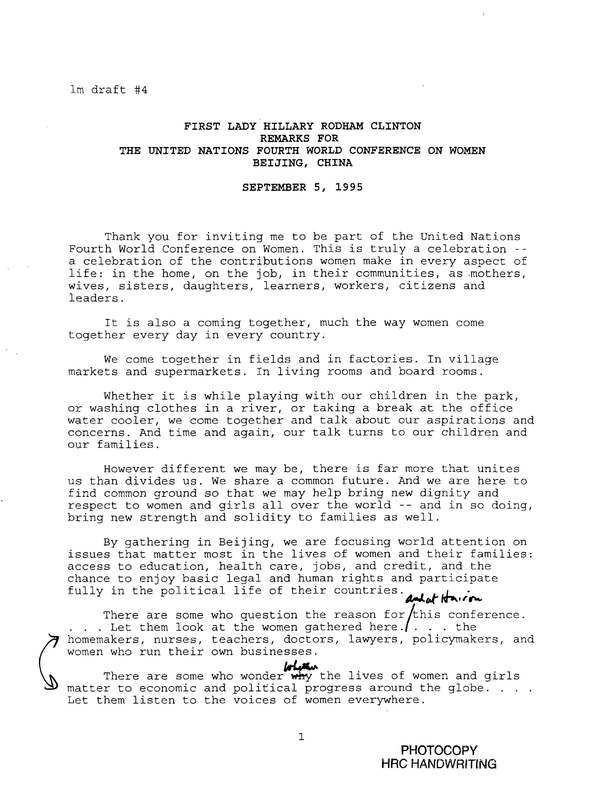 The First Lady arrived at the Beijing International Conference Center at 11:15 a.m., one of roughly 17,000 participants at the conference. She first delivered a speech for a smaller session that focused on women and health security just before noon. [Transcript of Remarks to the World Health Organization Forum on Women and Health Security] Later that afternoon, it was finally time for her to deliver her speech in the Plenary Hall. 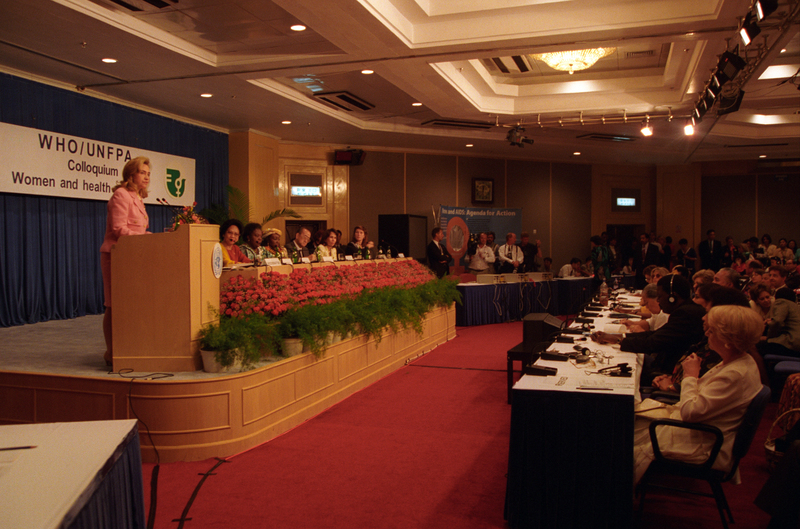 The First Lady delivers a speech at the Colloquium on Women and Health Safety, sponsored by the World Health Organization.

← Will She Stay or Will She Go?
Keynote Address →
Traveling and Arrival