The choice of China as the host nation for the conference sparked intense criticism. Critics noted the incongruity of advocating for women in a country with widespread human rights abuses, including its one-child policy that forced abortions and sterilizations. Foreign relations between China and the United States were also at a very low point, triggered not only by human rights violations but disagreements over Taiwan and nuclear proliferation. 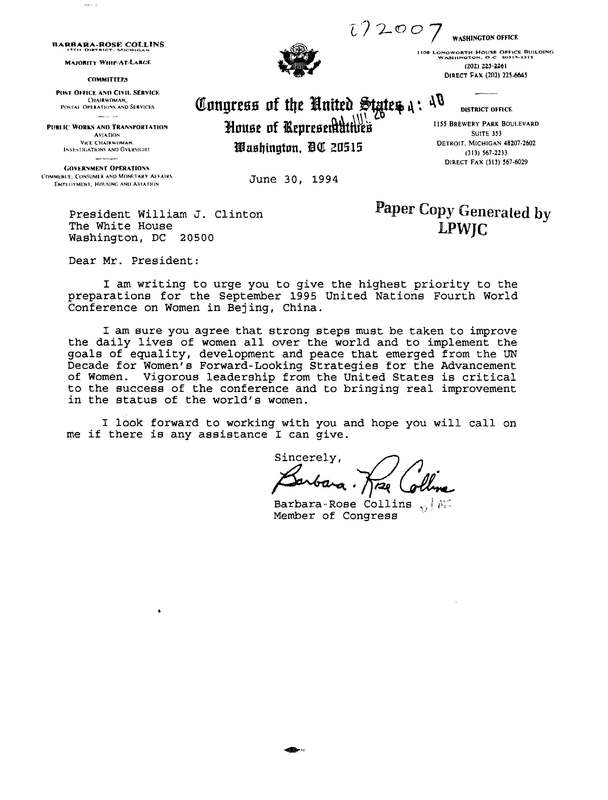 First Lady Hillary Rodham Clinton viewed the conference as a potentially potent platform for placing women’s issues at center stage. She considered her attendance critical as First Lady of the United States to attract international press attention to women’s issues worldwide. Writing in her autobiography, she reflected:

“Although women in our own country had made gains economically and politically, the same could not be said for the vast majority of women in the world. Yet virtually no one who could attract media attention was speaking on their behalf” (Living History, page 299). 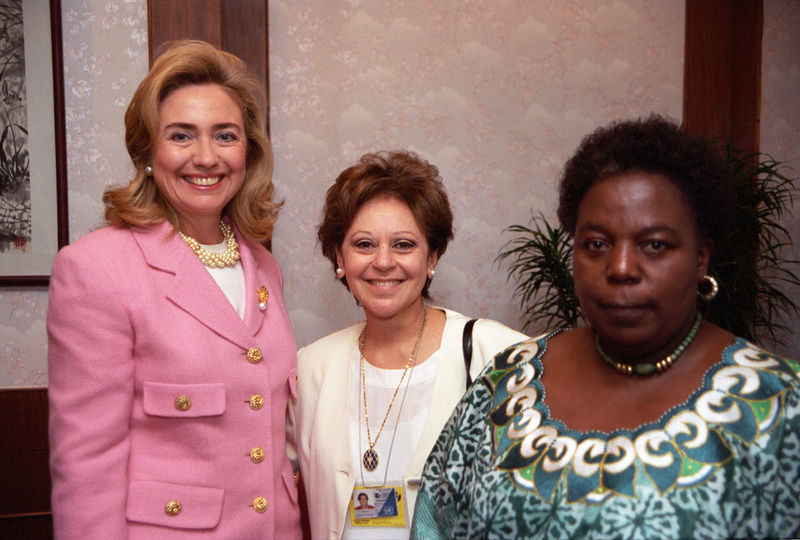 Conference Director Gertrude Mongella (right) poses with the First Lady at the conference. 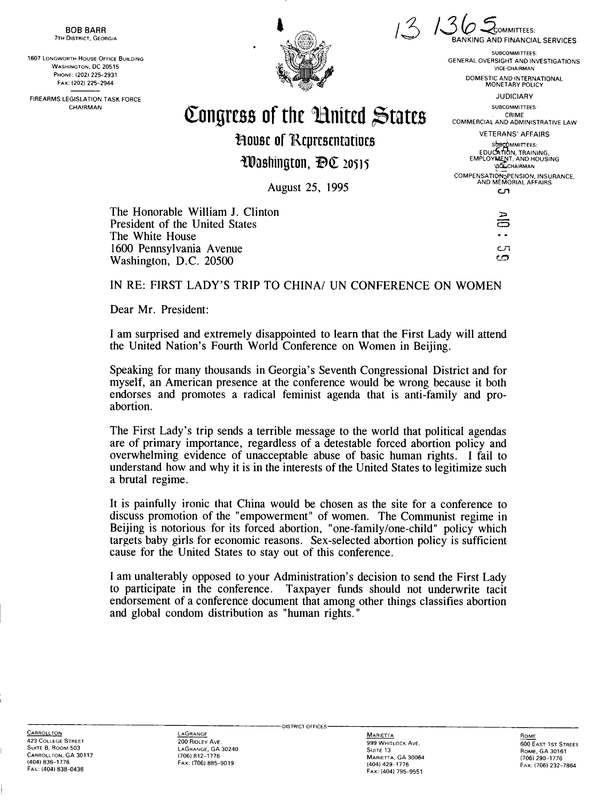 Representative Bob Barr writes to President Clinton, against the First Lady’s attendance at the conference.

The conference’s topics aligned with her concerns on rights for women and children. Women’s rights were treated as an issue outside basic human rights. International conventions protecting human rights too often ignored female civilians and children, treating their rights as an aside. The First Lady sought to inextricably tie human rights to women’s rights.

In the United States, her attendance was hotly debated. Those on the right labeled the conference as “anti-family” and “anti-American,” and those on the left cited concerns over human rights violations. Some members of Congress threatened to block funding for the delegation’s visit. 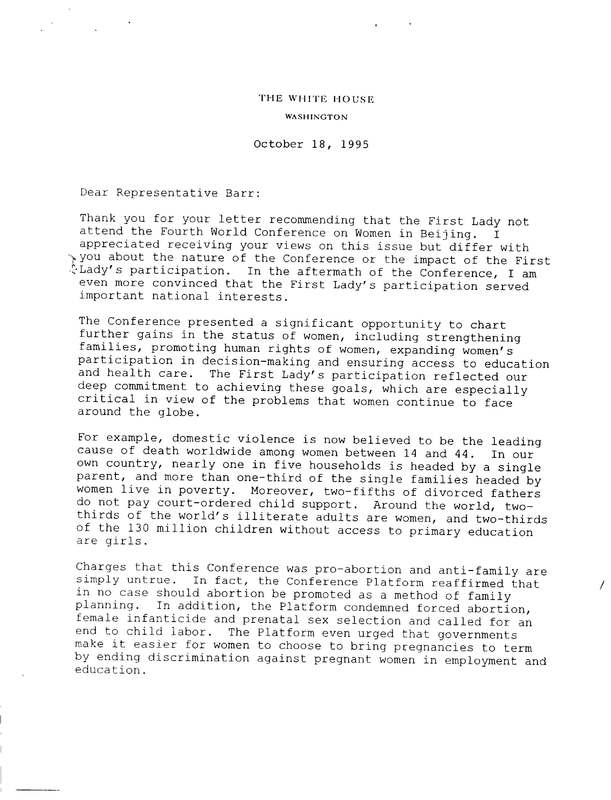 Representative Bob Barr wrote a letter to President Clinton, criticizing his support for the First Lady’s attendance at the conference. President Clinton directly responded to his letter, rebutting his claims and emphasizing the importance of her attendance.