Walkabouts on the Shankill and Falls Roads

“Pessimists will always have history on their side to predict the worst for Northern Ireland. But the street scenes in Belfast last week were not about pessimism. They were about hope. As a consequence, the province stands better placed to enjoy a second Christmas of peace. That is no small achievement.” Editorial, The Liberal Observer (12/3/1995) 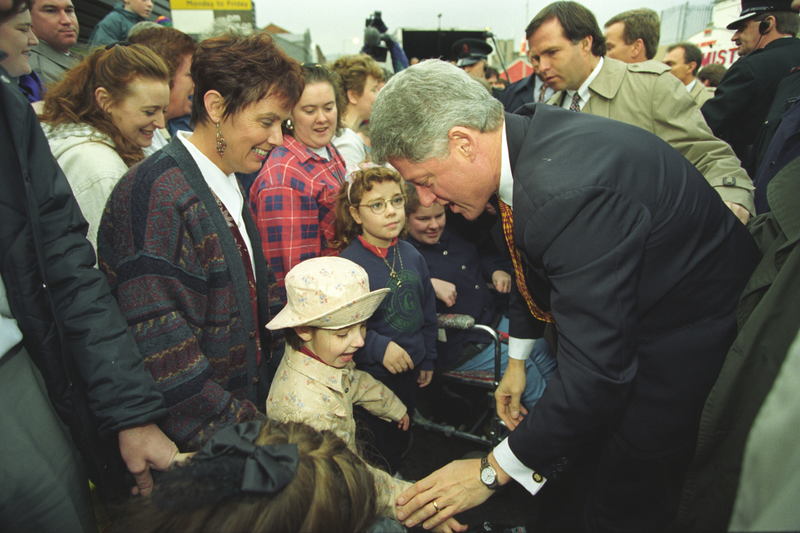 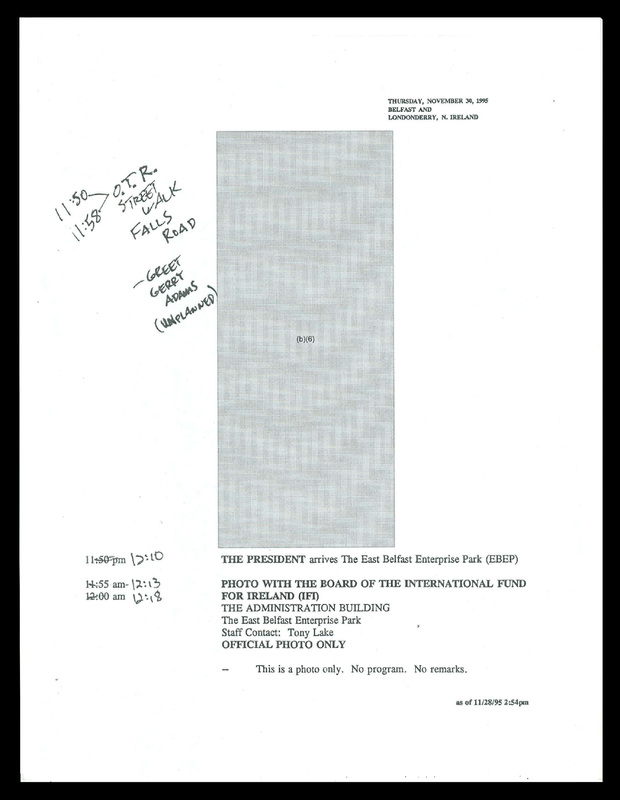 En route to giving his keynote speech at the Mackie International Plant, President Clinton stopped for the first of two OTR (off-the-record) walkabouts on streets synonymous with the worst sectarian violence of the “Troubles.” 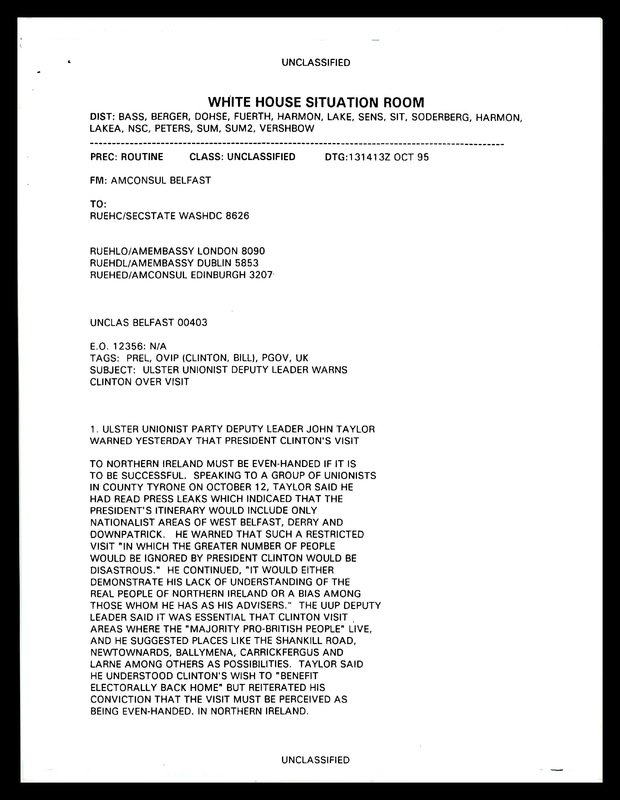 Responding to concerns raised by Unionist political leaders that the President should demonstrate a balanced approach towards both traditions in Northern Ireland, President Clinton and the First Lady stopped first on the mostly Protestant Shankill Road. Locally known simply as ‘the Shankill,’ this district had been the scene of numerous terrorist attacks by the Provisional IRA. As the White House photographer captured vividly, the highlight was a stop at Violet’s Fruit Shop. On the street, locals gave the First Couple a warm welcome to Belfast. 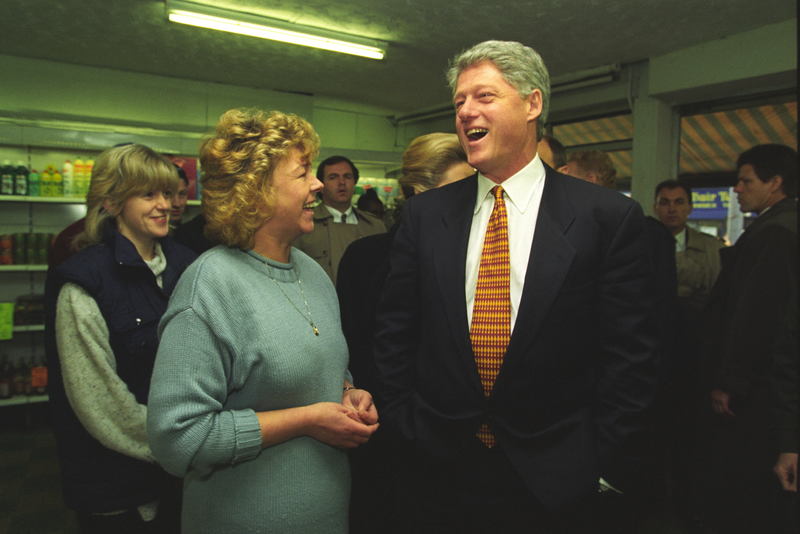 This was a good sign for things to come. The Protestant reception of President Clinton was unknown before the trip. While some Loyalist leaders remained vocally critical of the President’s trip, such as the Rev. Ian Paisley, many people from the Protestant community came out to cheer the Clintons on throughout the day. 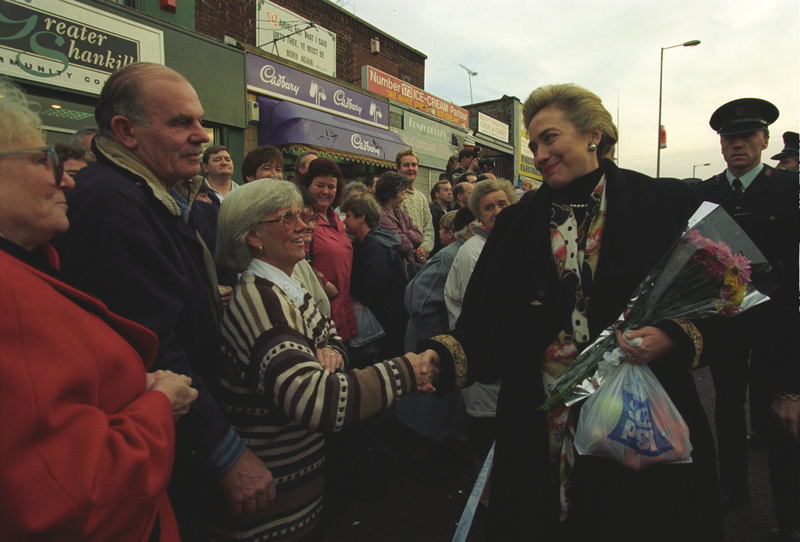 Hillary Rodham Clinton is greeted by people on the street in the Shankill District of Belfast.

After giving his keynote address, the President travelled to the mostly Catholic Falls Road. Upon exiting his limousine, he paused to shake hands with Gerry Adams--a controversial photo opportunity to show Sinn Féin’s support for the peace process. The President also stopped at a bakery to meet residents of the neighborhood, who turned up in enthusiastic numbers. Reflecting later on the significance of Clinton’s walkabout on the Falls, Adams told the British Broadcasting Corporation (BBC): “There had to be some signal, particularly on the back of the IRA cessation, that things had changed.” Staged in the heart of Irish Republican west Belfast, the public handshake between President Clinton and Gerry Adams below was that signal. 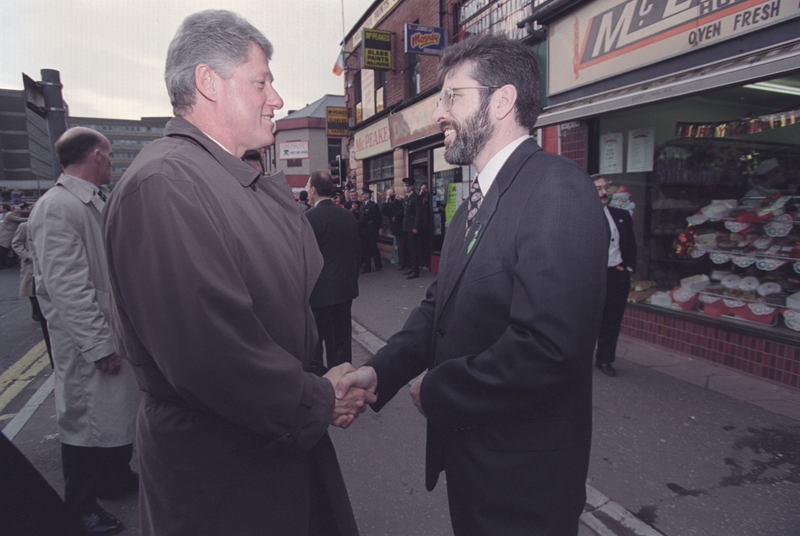 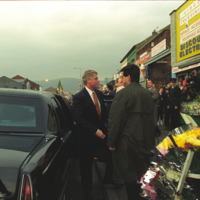 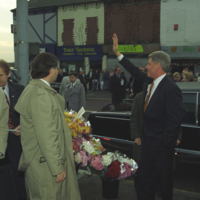 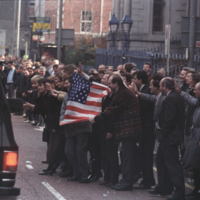 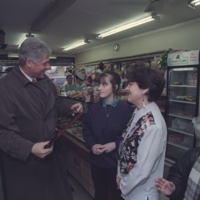