2:40 pm Remarks to the Citizens of Londonderry

“Have the patience to work for a just and lasting peace. Reach for it. The United States will reach with you.” 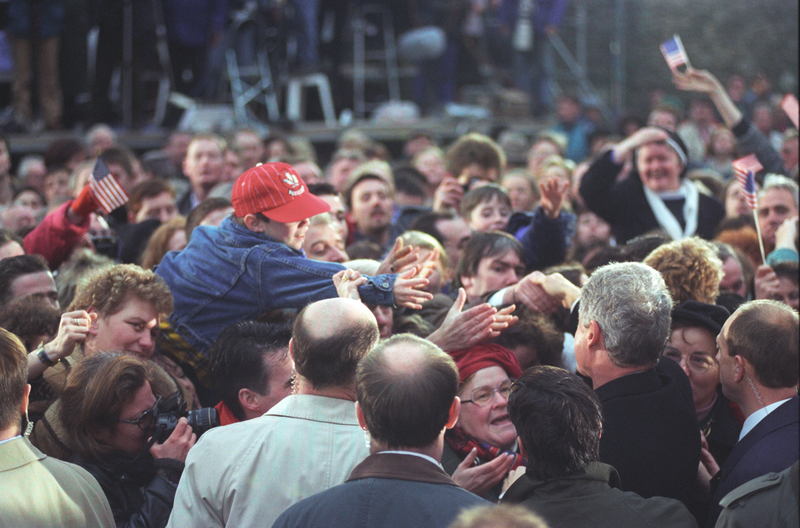 President Clinton greeting the crowd before his remarks in Londonderry.

The city of Londonderry, or Derry as it is also known, was the site of President Clinton’s other major public appearance in Northern Ireland. Located 70 miles from Belfast on the island’s northern coast, Derry had a reputation as the province’s “friendly city” with respect to sectarian violence.  Derry was also the home region of the Nobel Prize-winning poet Seamus Heaney, whose vision of Irish national reconciliation seemed to have a deep influence on President Clinton’s rhetoric about the Northern Ireland peace process.

Another of Derry’s hometown heroes was John Hume, leader and cofounder of the Social Democratic and Labor Party (SDLP), for many years the largest Catholic political organization in Northern Ireland. Unlike Sinn Féin, the SDLP categorically opposed the IRA. For his leadership in securing the Good Friday Agreement, Hume would be a co-recipient of the 1998 Nobel Peace Prize with David Trimble, leader of the Protestant Ulster Unionist Party. 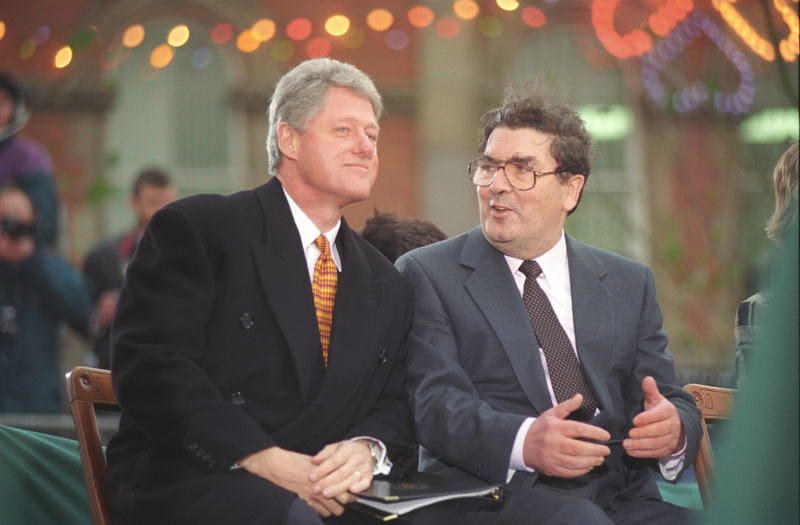 Since Londonderry lacked an airfield suitable for Air Force One, the President and the First Lady took a cold and turbulent hour-long flight aboard a U.S. Marines Blackhawk helicopter. Their arrival was much warmer. President Clinton was greeted by a massive crowd of American flag-waving supporters, many of whom surged to rope lines to shake his hand. 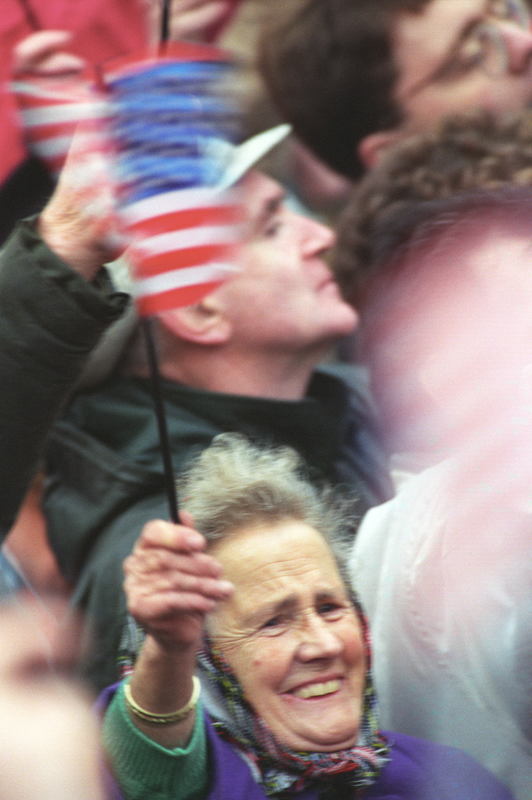 A woman greeting the President's arrival by waving an American flag in Guildhall Square.

“Hillary and I are proud to be here in the home of Ireland's most tireless champion for civil rights and its most eloquent voice of nonviolence, John Hume. I know that at least twice already I have had the honor of hosting John and Pat in Washington. And the last time I saw him I said, “You can't come back to Washington one more time until you let me come to Derry.” And here I am.”

This is video footage of President Clinton delivering remarks to the community of Londonderry. 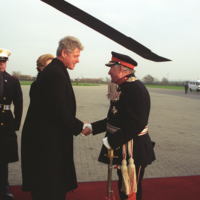 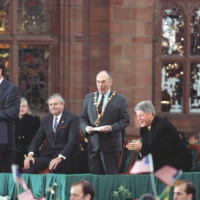 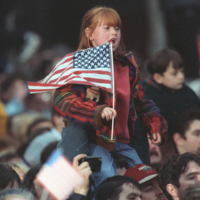 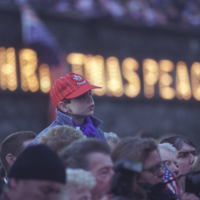 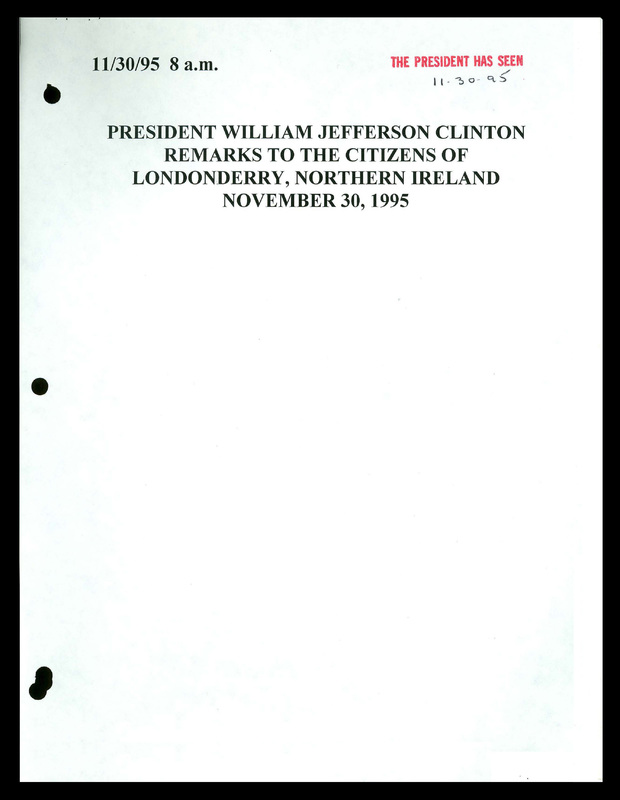 Following his remarks, the President and the First Lady withdrew into the Guildhall building for two closed-door events: a receiving line with the American Ireland Fund and the family of former U.S. House Speaker Thomas Phillip “Tip” O’Neill, Jr., and a reception for the inauguration of the Tip O’Neill Chair for Peace Studies at the University of Ulster. The University also bestowed an honorary degree on the President.