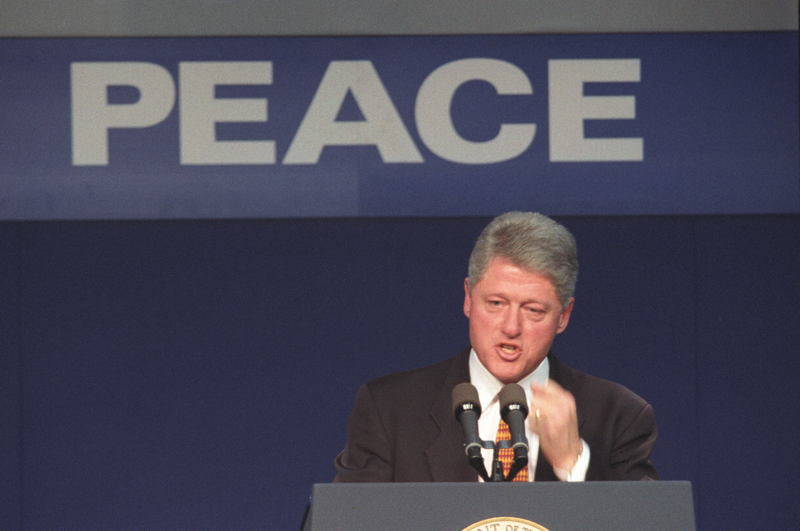 “In the land of the harp and the fiddle, the fife and the lambeg drum, two proud traditions are coming together in the harmonies of peace . . . Mackie's plant is a symbol of Northern Ireland's rebirth. It has long been a symbol of world-class engineering. The textile machines you make permit people to weave disparate threads into remarkable fabrics. That is now what you must do here with the people of Northern Ireland.” Remarks by President Clinton to the employees and community at Mackie International. 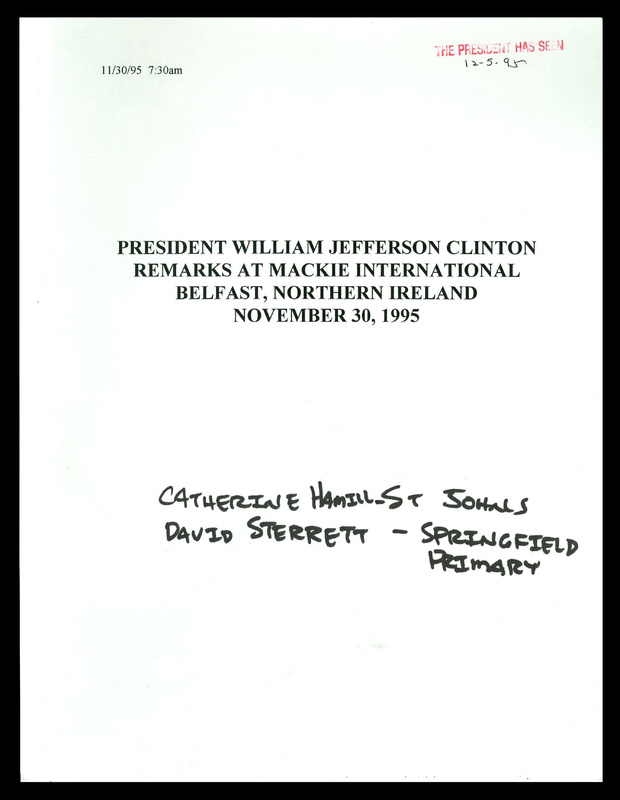 Early in the trip-planning process, the President and his team of speechwriters made a strategic communications decision: to focus on how modernizing Northern Ireland’s economy could ease  sectarian tensions and bolster the prospects for peace. The Mackie International Plant was selected as an ideal scene to promote the message of reconciliation. Straddling both Protestant and Catholic neighborhoods in a distressed part of west Belfast, the owners of the factory had a policy of hiring workers from both faiths.

In the weeks preceding the President’s trip, the Mackie Plant speech went through dozens of revisions. But consistent with his usual practice, Clinton continued to make his own revisions minutes before giving his public remarks. In this instance, the President added a few moving words drawn from a painful chapter in the history of his home state of Arkansas.

“I grew up in the American South in one of the states that tried to break from the American union. My forebears on my father's side were soldiers in the Confederate Army. I was reading the other day a book about our first governor after the Civil War who fought for the Union Army and who lost members of his own family. They lived the experience so many of you have lived. When this governor took office and looked out over a sea of his fellow citizens who fought on the other side, he said these words, "We have all done wrong. No one can say his heart is altogether clean and his hands altogether pure. Thus, as we wish to be forgiven, let us forgive those who have sinned against us and ours." That was the beginning of America's reconciliation and it must be the beginning of Northern Ireland's reconciliation.” 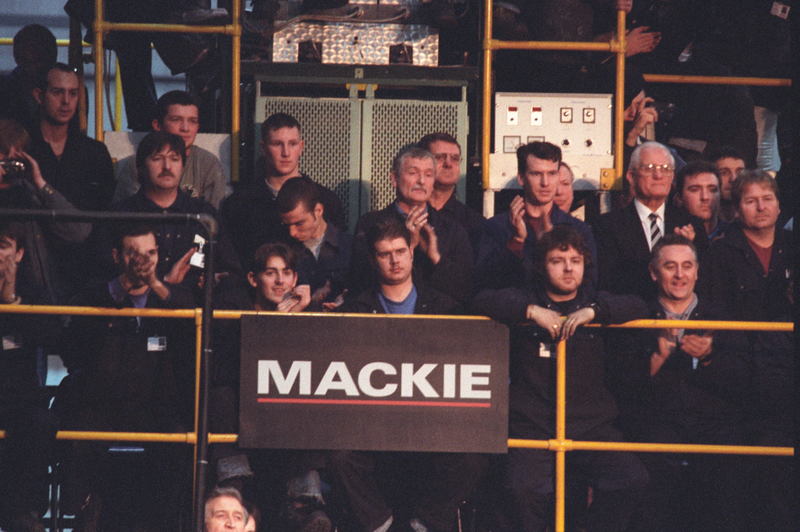 The future of Northern Ireland’s children was another powerful theme of this and other scheduled events. To underscore this message, the White House helped organize a letter-writing contest for school children, who were given the prompt , “What are your hopes for the future of peace in Northern Ireland?” Out of hundreds of submissions, two local students, David Sterrett and Catherine Hamill, were chosen to read their letters. Nine-year-old Catherine wrote:

“I live in Belfast. I love where I live. My first daddy died in the Troubles. It was the saddest day of my life. I will think of him. Now it is nice and peaceful. I like having peace and quiet for a change instead of people shooting and killing. My Christmas wish is that peace and love will last in Ireland forever.” 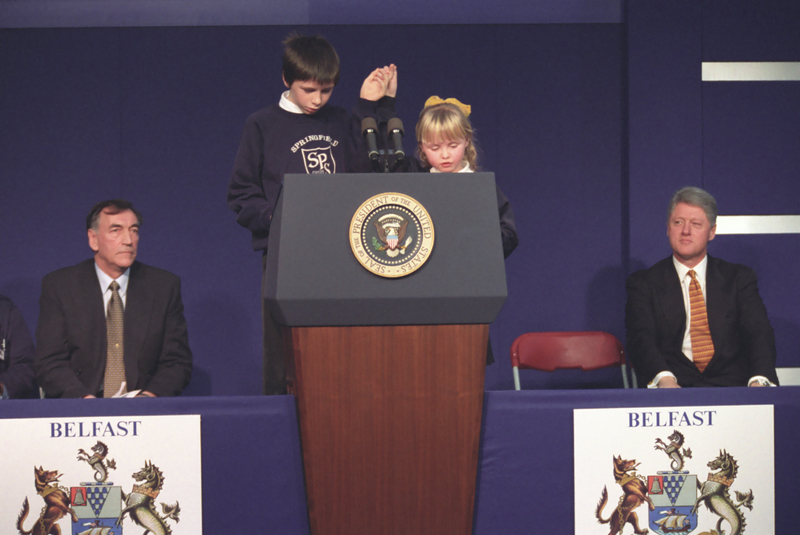 Future speeches by the President on Northern Ireland would return to the hopes of these children again and again. Reproduced in newspapers all over the world,  the sight of David and Catherine holding their hands in solidarity became an iconic photo of the entire trip. 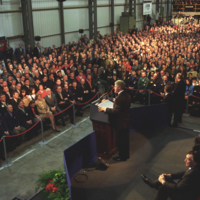 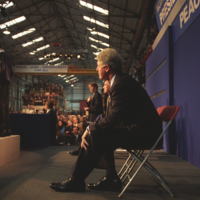 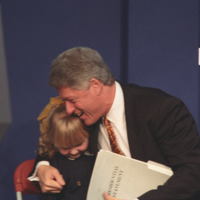 President Clinton’s emotional response to hearing these letters read aloud are captured in a series of images above and copies of the original letters are featured below. 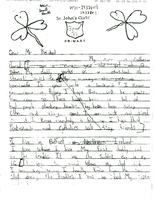 This is video footage of President Clinton delivering remarks at the Mackie plant in Northern Ireland.