11:40 am   The First Lady will depart for a seperate event at the Women's Drop-in Center 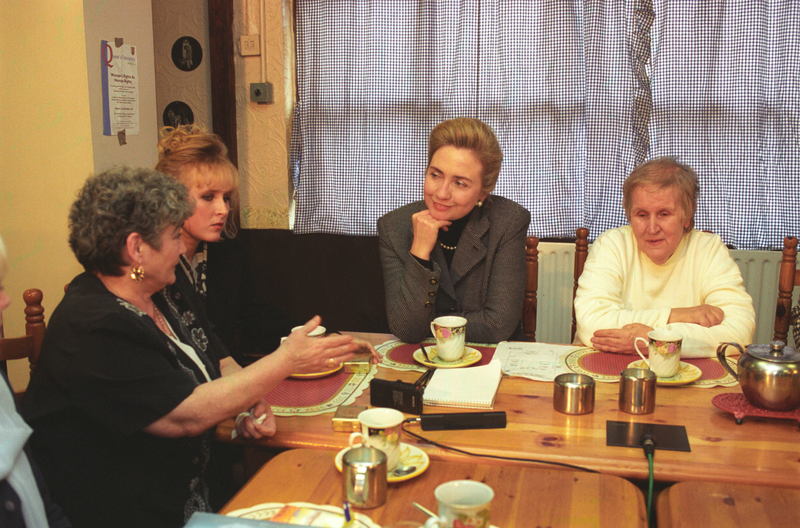 Following the walkabout on the Falls Road and the Mackie Plant speech, the President’s motorcade proceeded to east Belfast, where he visited Holly’s Handmades and Renaissance Iron Works. He also participated in a roundtable discussion with local business leaders. These events continued to emphasize the theme of promoting reconciliation through economic development and investments in innovative businesses enterprises, both big and small.

While the President attended events in east Belfast, the First Lady travelled separately towards her own important meeting at the inclusive Women’s Drop-In Center in south Belfast. Set in the intimate Lamplighter Traditional Fish and Chips restaurant, she listened as a Belfast woman named Joyce McCartan told her about founding the Center after her seventeen-year-old son was murdered in 1987. Other women shared their own stories of tragedy and loss during the “Troubles.” 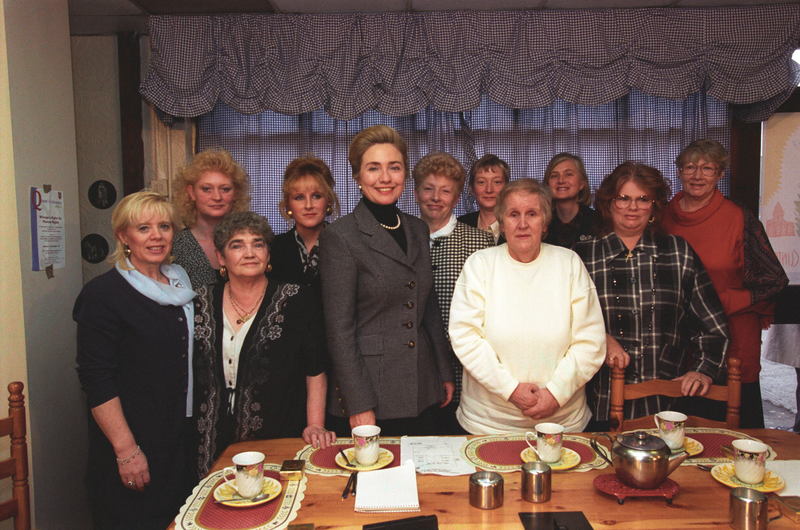 Hillary Rodham Clinton meets with Joyce McCartan and other women at the Lamplighter Traditional Fish and Chips restaurant. 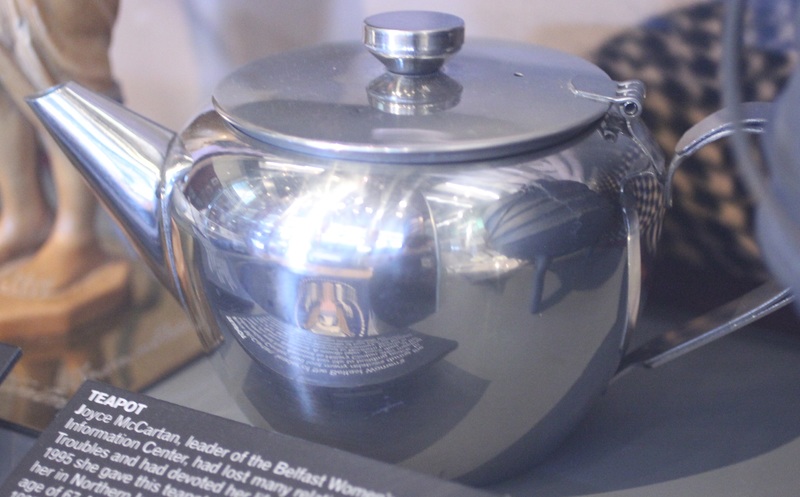 Teapot given by Joyce McCartan to Hillary Rodham Clinton during her visit to Northern Ireland in 1995.

In her autobiography Living History, the First Lady recalled Joyce McCartan’s parting wisdom: “It takes women to bring men to their senses.” Sadly, McCartan passed away shortly after this meeting. When Hillary Rodham Clinton returned to speak in Belfast two years later, she prominently placed McCartan’s gift of a simple stainless steel teapot on top of the lectern to honor these women’s humble, yet essential, work on behalf of peace in their corner of Belfast. 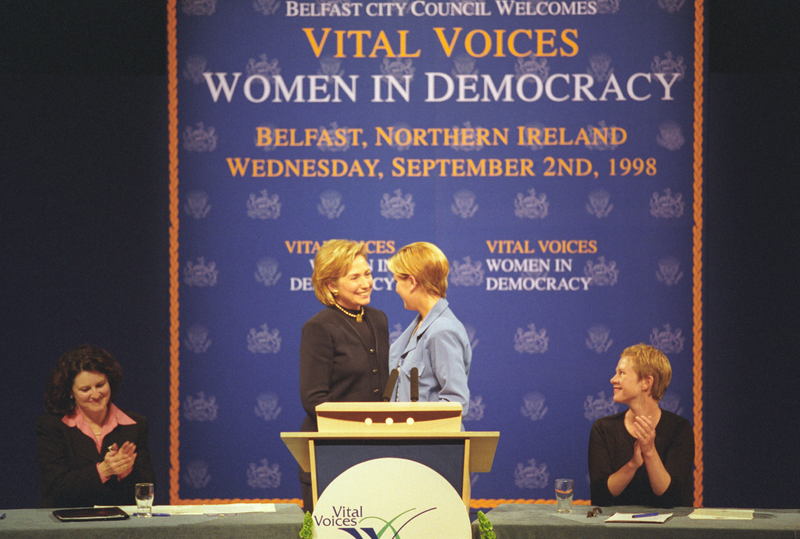 Mrs. Clinton also cited the work of the Women’s Drop-In Center as one of her inspirations for co-founding Vital Voices, a nonprofit organization for the promotion of women’s rights as a U.S. foreign policy goal. The First Lady returned to Northern Ireland under the aegis of Vital Voices in 1998 and 1999. 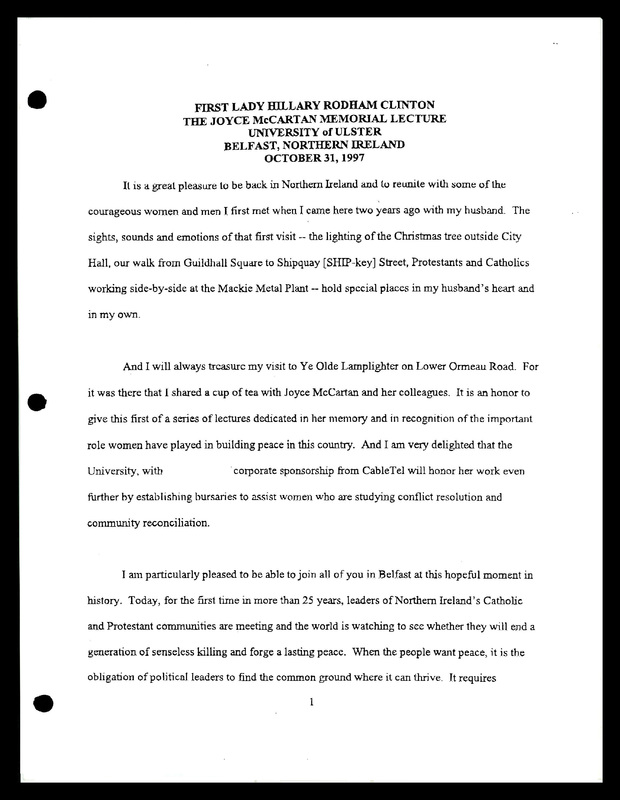