“I like the idea of a meeting at Hyde Park -- where Roosevelt lived.  It will recall the spirit of our wartime cooperation as allies.”  - President Clinton to President Yeltsin, September 27, 1995 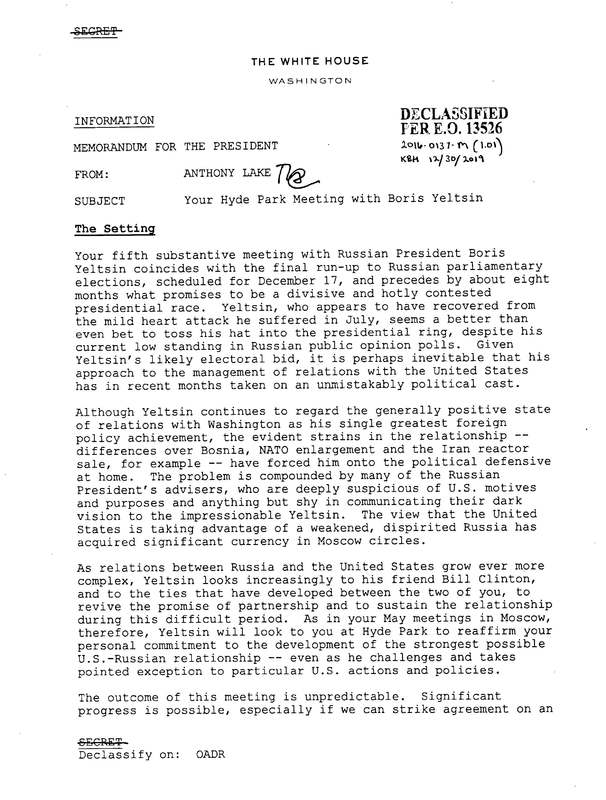 Briefing memorandum prepared for the President by National Security Advisor Anthony Lake for his meeting with President Yeltsin.

President Clinton and President Yeltsin met in Hyde Park, New York on Monday, October 23, 1995 at the Franklin D. Roosevelt Presidential Library and Museum and the Roosevelt historic home. It was the ninth meeting of the two heads of state. Ambassador-at-Large James F. Collins, an expert on the former Soviet Union, is credited with the idea of the meeting’s location. According to Deputy Secretary of State Strobe Talbot, Collins reasoned “that Yeltsin, like many Russians, revered Roosevelt as a wartime ally and the last American president before the onset of the cold war,” making Hyde Park a favorable setting for what was likely to be a “high-stakes and high-tension meeting.” (The Russia Hand by Strobe Talbott, pg. 179) 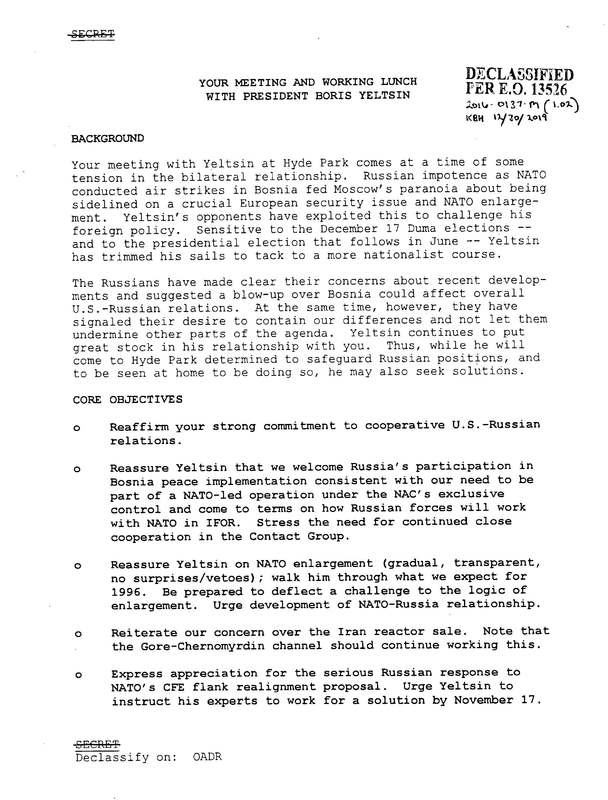 The meeting was especially “high-stakes” for Yeltsin who was facing Russian parliamentary elections in December and a hotly contested presidential re-election bid in 1996, both while recovering from a mild heart attack and dealing with low public opinion polls. Yeltsin considered his positive relationship with Washington to be “his single greatest foreign policy achievement,” but, on the eve of their meeting, the relationship was strained by differences over Bosnia, NATO enlargement, and the Iran reactor sale.