“You and I might leave the scene, but what we have accomplished together will survive as our legacy. This is the main theme that we must develop between us: We’re together, Bill and Boris.” - Russian President Boris Yeltsin, Hyde Park One-on-One meeting

President Clinton and President Yeltsin met 18 times in the seven year period between Clinton’s first inauguration and Yeltsin’s resignation on New Year’s Day 2000. “While Clinton and Yeltsin considered each other friends and their work together a partnership, virtually all of their eighteen meetings were contentious.” (The Russia Hand by Strobe Talbott, pg. 9) Their meeting in Hyde Park was no different. The U.S. - Russian relationship before the meeting was strained, but both leaders left Hyde Park reassured of the other’s commitment. Agreements on Russian participation in the peace implementation force in Bosnia and on the Conventional Armed Forces in Europe (CFE) Treaty were also reached. In the end, one could argue, the true legacy of the Hyde Park meeting was not all that was accomplished by Clinton and Yeltsin; it was the iconic photographs of them together. 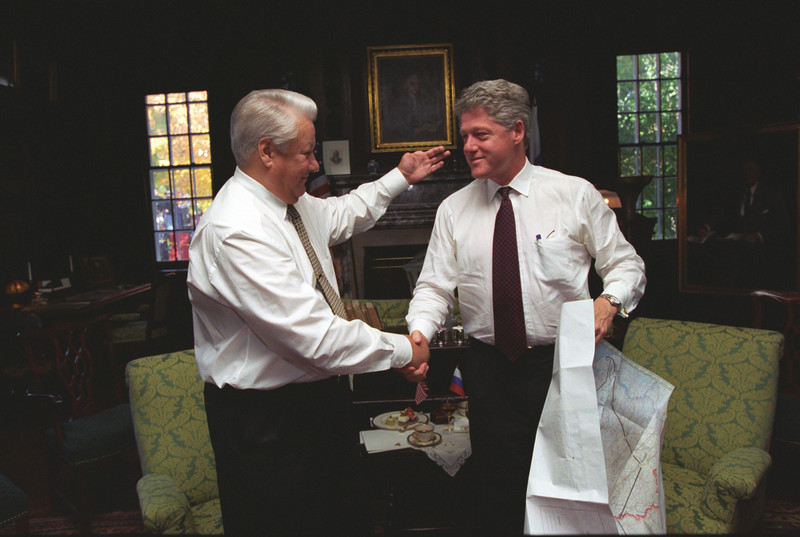 President Clinton and President Yeltsin in the Roosevelt family library during their one-on-one meeting.