2016-0137-M: This Mandatory Declassification Review contains the briefing book from President Clinton’s meeting with Russian President Boris Yeltsin in Hyde Park, New York on October 23, 1995. Included are the briefing memorandum from Anthony Lake to the President and attached briefing papers. These documents are from the Executive Security Office of the National Security Council. 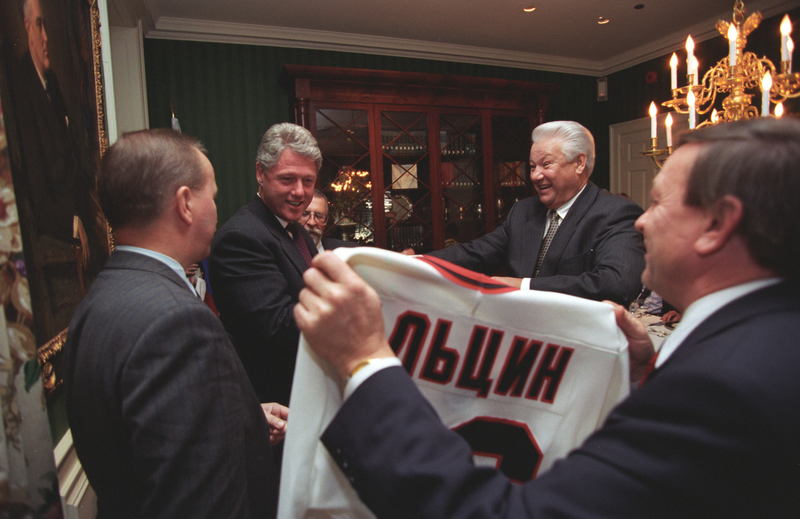 President Yeltsin gave President Clinton two Moscow Penguins hockey jerseys, one with Clinton’s name and the other with Yeltsin’s, both with the number 96 for their upcoming elections.  In return, Clinton gave Yeltsin a copy of Roosevelt’s “fireside chats” translated into Russian. The book was inscribed with Clinton’s wish that the U.S.-Russia partnership would be made permanent.