"What does what happened here 40 years ago mean today? What does it tell us, most importantly, about our children’s tomorrows?"
-President Clinton, 9/25/1997

Twenty years ago, in 1997, President Clinton returned to his home state of Arkansas to commemorate the 40th anniversary of the desegregation of Little Rock's Central High School. These speech remarks reflected on the events of September 1957, President Clinton's recollection of these events as a child living in Arkansas, and the promise of a colorblind society achieved through reconciliation. 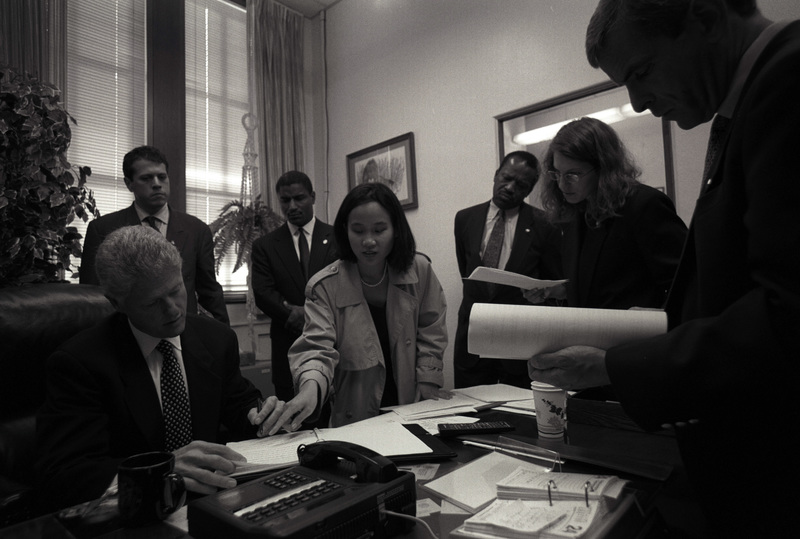 Photo of President Clinton working on his speech in the holding room at Little Rock Central High for the 40th Anniversary of the Desegregation of Central High.

The staff and office files of Michael Waldman and June Shih contain the drafts from this commemoration. Like any other speech, President Clinton’s remarks went through several revisions during and after meetings with his speechwriting staff. Here you can see the evolution of the speech through various drafts and annotations, including comments in the President’s handwriting. 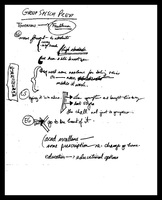 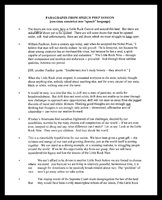 An outline of speech preparation from the Central High Anniversary. 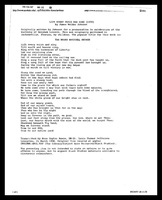 June Shih's Central High speech preparation files included the lyrics to "Lift Every Voice and Sing." Shih referenced the song in drafts of the speech. 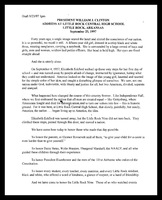 Shih's files contain multiple drafts of the remarks for the Central High Ceremony. This draft is dated 9/23/1997, 1 PM. 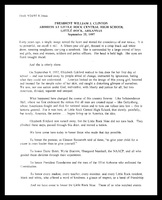 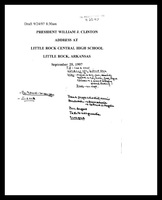 This draft is dated 9/24/97, 8:30 AM, however, this draft holds handwritten revisions made by President Clinton on September 25th. 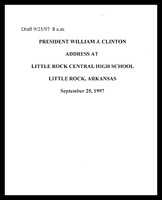 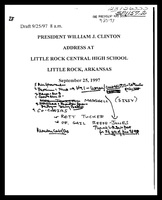 This draft is dated 9/25/97, 8:00 AM. This draft holds handwritten revisions made by President Clinton. The revisions include a list of individuals in attendance who were acknowledged by the President. 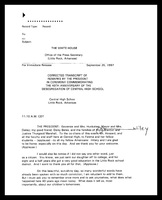 Transcript of remarks with handwritten corrections. 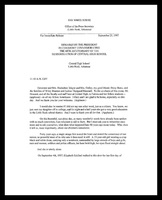