"All of us should embrace the vision of a colorblind society, but recognize the fact that we are not there yet and we cannot slam shut the doors of education and economic opportunity."
-President Clinton, 9/25/1997

Four days after Governor Faubus ordered all the secondary schools closed, a group of middle to upper-class white women formed the Women’s Emergency Committee (WEC) to Save Our Schools.  Throughout 1958 and 1959, the WEC worked with the League of Women Voters and the American Association of University Women to force the reopening of the high schools.  The WEC directly appealed to Governor Faubus to reopen the schools. After a mass layoff of 44 teacher and administrators who supported integration, the WEC and local businessmen formed Stop This Outrageous Purge (STOP) and forced the recall of the segregationist members of the Little Rock School board, replacing them with more moderate members. The schools reopened nearly a month early for the next school year on August 12, 1959. Further information about the WEC is also available at Central High School National Historic Site.

WEC and the Lost Year (NPS)

In October 1998, First Lady Hillary Rodham Clinton met with members of the Women’s Emergency Committee in Little Rock. Speechwriter Jeff Shesol had a hand in crafting her remarks. 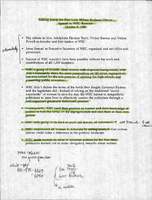 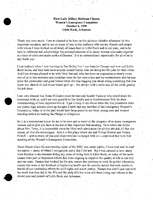 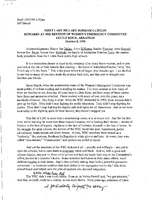 ← Honor Those Who Made it Possible
Archival Collections →
Not there Yet