Honor Those Who Made it Possible

"Today we honor those who made it possible, their parents first – as Eleanor Roosevelt said of them, “To give your child for a cause is even harder than to give yourself;” to honor my friend Daisy Bates and Wylie Branton and Thurgood Marshall, the NAACP, and all who guided these children; to honor President Eisenhower, Attorney General Brownell, and the men of the 101st Airborne who enforced the Constitution; to honor every student, every teacher, every minister, every Little Rock resident, black or white, who offered a word of kindness, a glance of respect, or a hand of friendship; to honor those who gave us the opportunity to be part of this day of celebration and rededication."
-President Clinton, 9/25/1997

The nine students had originally tried to enter the school again on September 23rd but had to be removed by Little Rock Police for the sake of their safety due to the segregationist rioting.  In response, President Eisenhower placed the Arkansas National Guard under federal orders and sent 1,200 members of the 101st Airborne Division to Little Rock to quell the unrest and protect the students, allowing their entry on September 25.  [Executive Order 10730] The troops remained in Little Rock throughout the school year.  In May 1958, Ernest Green became the first African-American student to graduate from Central High School.

The Eisenhower Presidential Library has many digitized documents that reflect the Eisenhower Administration’s involvement in the Little Rock Crisis, as well as how it captivated the attention of the entire country.

On November 6, 1998, President Clinton signed legislation designated Little Rock Central High School, as well as the visitor center in the newly-renovated Mobile station nearby, as a National Historic Site.  To this day, it is the only operating high school in the National Park system. 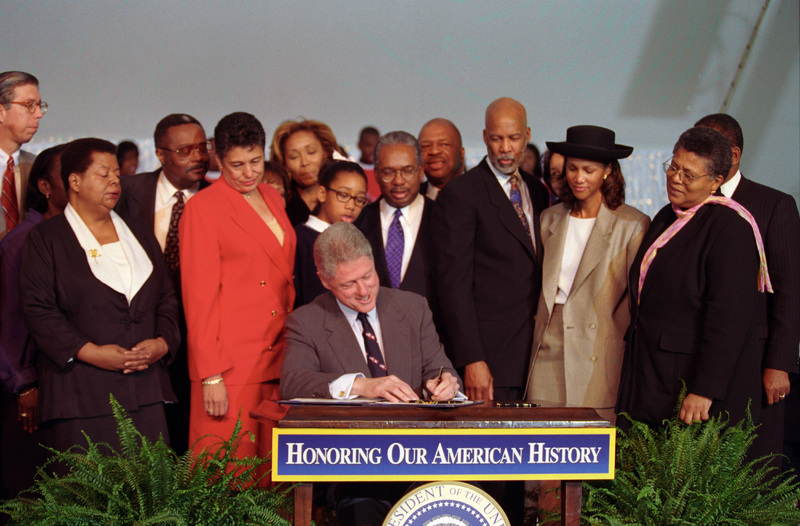