We Must All Thank Them

"Elizabeth Eckford along with her eight schoolmates were turned away September 4th, but the Little Rock Nine did not turn back. Forty years ago today, they climbed these steps, passed through this door, and moved our Nation. And for that, we must all thank them."
-President Clinton, 9/25/1997

In this speech quote, President Clinton retraces the steps of the Little Rock Nine who integrated Central High in 1957. Though the National Guard initially turned them away on September 5th, the students were finally able to enter the school on September 25th, 1957. However, entering Central was only the beginning of their difficulties.  Singled out in the previously all-white school, the students endured verbal, emotional, and physical abuse from their peers and from the staff that turned a blind eye, as they share in interviews for the National Park Service Central High School Oral History Clips.

In a highly symbolic gesture, President Clinton opened the door for Little Rock Nine to the school they had fought so hard to attend 40 years prior.  Pictured are Terrence Roberts, Ernest Green, Melba Pattilo Beals, and Elizabeth Eckford. 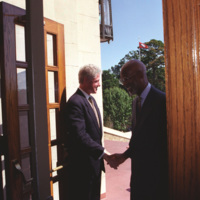 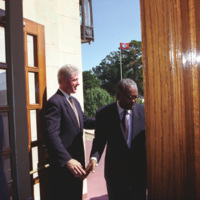 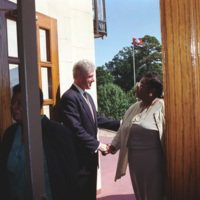 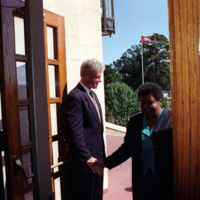 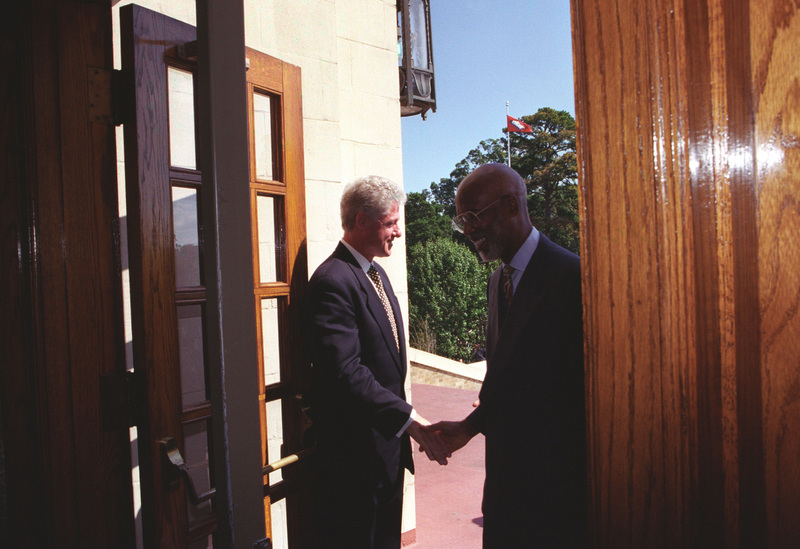 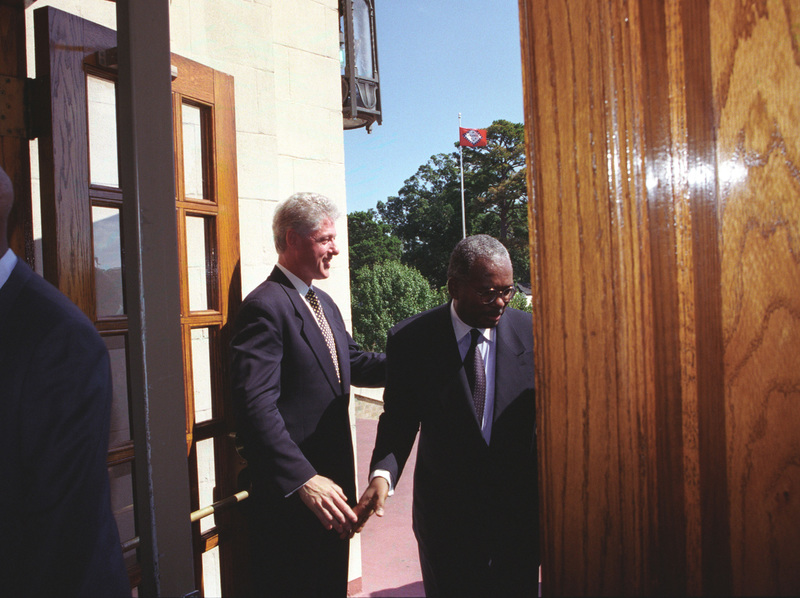 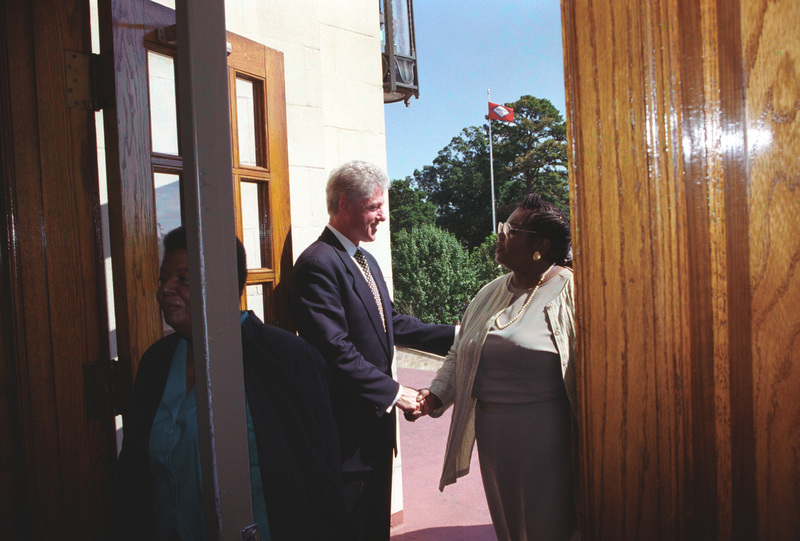 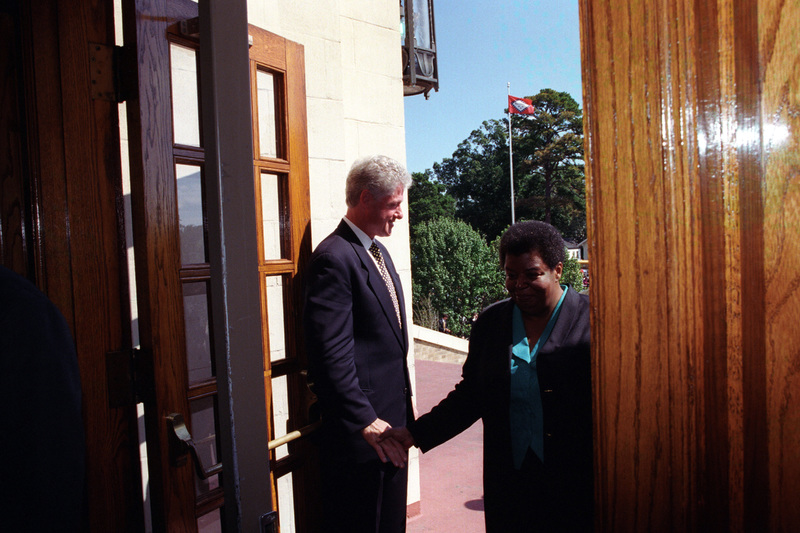 In recognition of all they endured, Congress awarded their highest civilian honor, the Congressional Gold Medal to the Little Rock Nine on October 21, 1998.  President Clinton made the presentation on November 9, 1999, and thanked the Nine for enduring the “volcano of hatred.” 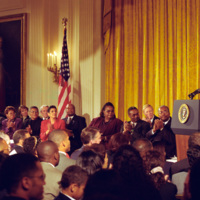 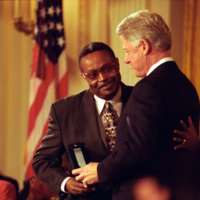 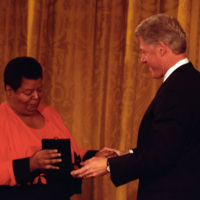 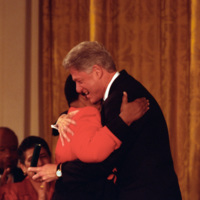 Pictured are the Little Rock Nine listening to President Clinton's remarks at the Ceremony.  Each member of the Nine then received their medal. Pictured here are Ernest Green and Elizabeth Eckford. 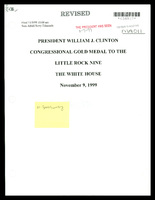 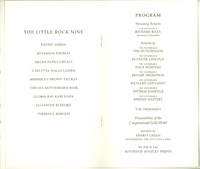 Pictured is the Draft of remarks given in honor of the Congressional Gold Medal presented to the Little Rock Nine. This copy contains handwritten revisions and notes by President Clinton.

Also pictured is the program from the Congressional Gold Medal Ceremony in the White House. 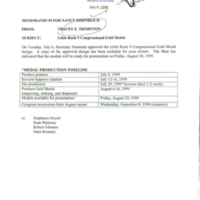 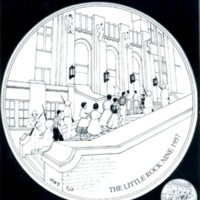 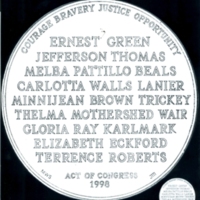 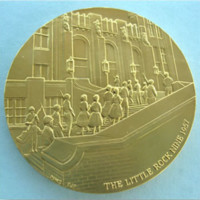 ← Two Americas, Divided and Unequal
Honor Those Who Made it Possible →
We Must All Thank Them