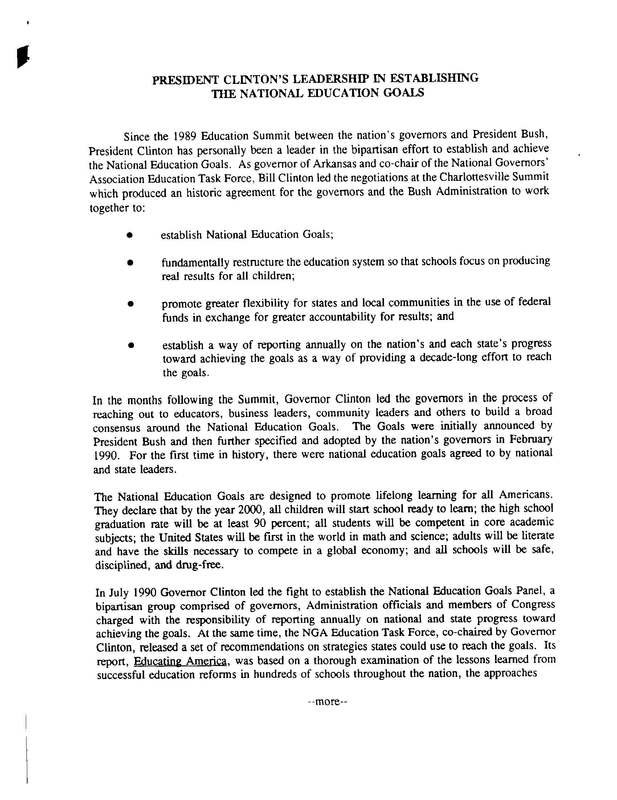 These talking points link Governor Clinton’s successes with education reform to the objectives of Goals 2000 legislation.

In the Summer of 1983, Governor Clinton launched special efforts to identify inadequacies in education throughout Arkansas and to create mechanisms necessary for reform. Included in the reforms was the creation of the Education Standards Committee, led by Hillary Rodham Clinton.  After holding 75 meetings throughout the state, this Committee created proposals such as improving the quality of teachers and curriculum standards.  The Arkansas Board of Education later implemented many of these proposed standards for statewide educational reform. Also in 1983, Governor Clinton proposed a one-cent sales tax to fund education reform. Although the sales tax proposal included controversial teacher competency tests, the legislative package passed.  As a result, many improvements in education were instituted in the years that followed.

Little Rock, Arkansas, provides onsite opportunities to research both Governor Clinton’s and President Clinton’s efforts with education reform. Researchers can access digitized materials on President Clinton and education reform through the Clinton Digital Library, or visit the Clinton Presidential Library to access collections that are not available online. Researchers can access gubernatorial records at the Bill Clinton State Government Project of the Butler Center for Arkansas Studies. The Butler Center is a department of the Central Arkansas Library System. The Presidential archive and the gubernatorial archive are within walking distance of one another. 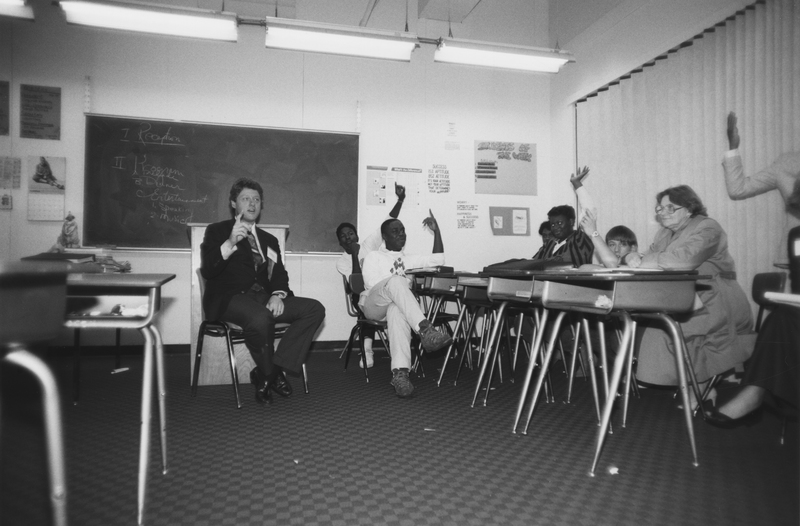 The Butler Center’s collections on Governor Clinton and educational reform in Arkansas include: