Researchers can access digitized materials on President Clinton and economic development through the Clinton Digital Library,  or visit the Clinton Presidential Library to access collections that are not available online.

The Presidential archive and the gubernatorial archive are within walking distance of one another. 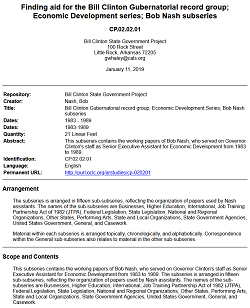 Bob Nash served as Governor Clinton’s Senior Executive Assistant for Economic Development from 1983 to 1989. Nash also served as President of the Arkansas Development Finance Authority starting in 1989 until being appointed as Undersecretary in the Department of Agriculture by President Clinton. Topics in this subseries relate to various levels of economic development including community, housing, industrial, rural, and small business development. Additional topics include banking initiatives, finance, higher education, investments, and public private partnerships. 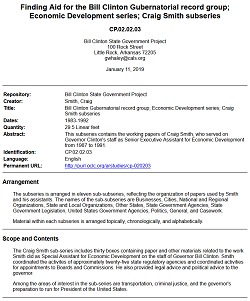 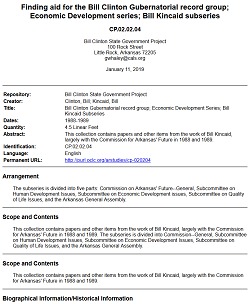