Little Richard's performance at the Festival at Ford’s 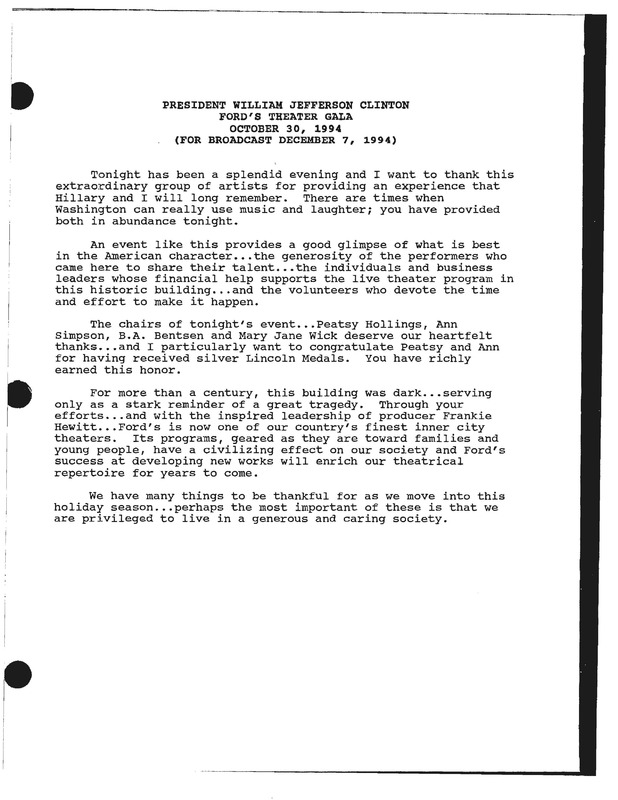 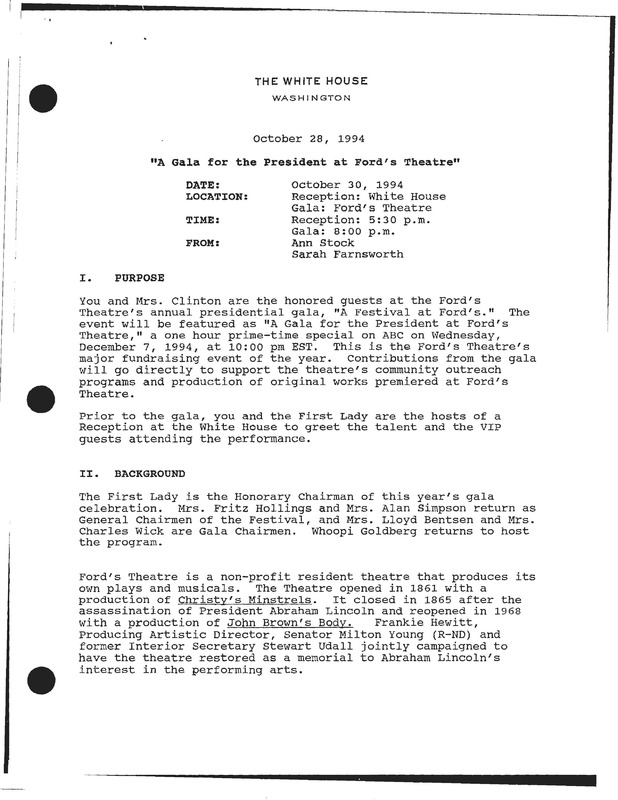 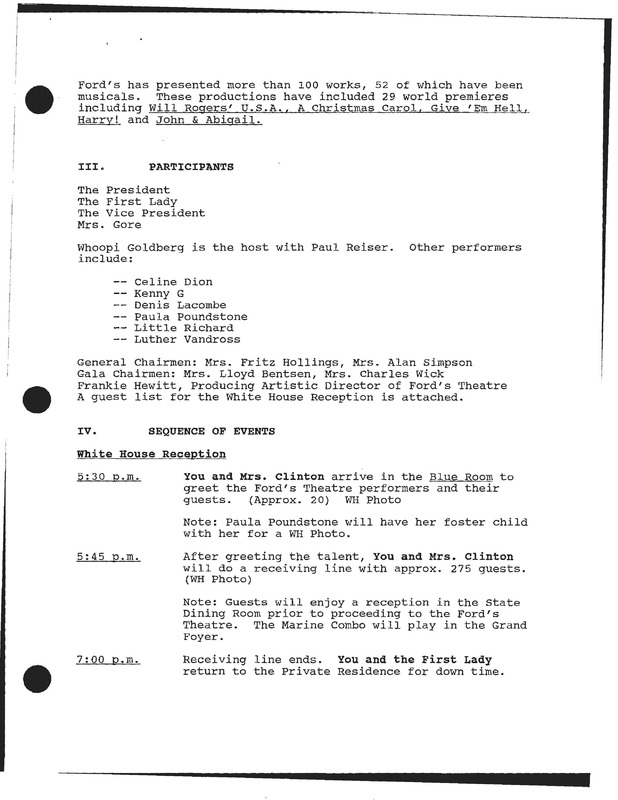 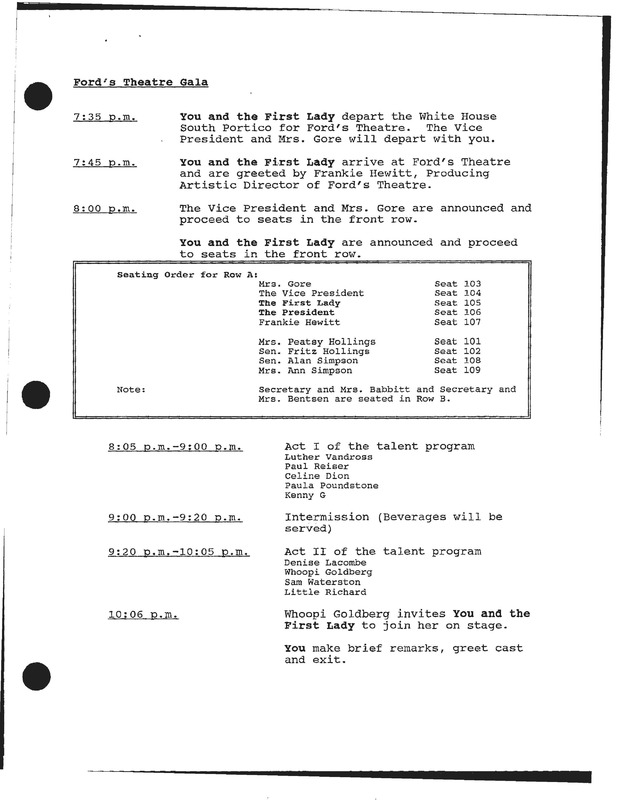 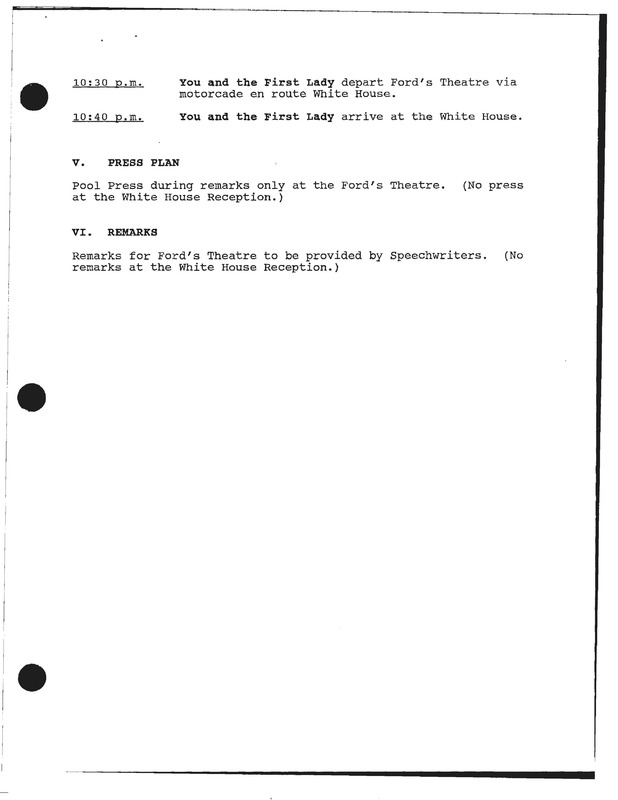 Little Richard's performance at the Festival at Ford’s

The documents and photos highlighted here are in honor of the 82nd birthday of Little Richard (Richard Wayne Penniman), a legendary performer who must be considered one of the founders of rock 'n' roll. Little Richard is seen in a photograph with President Clinton in a White House reception prior to his taking the stage at Ford’s Theatre. Called “A Festival at Ford’s,” the gala, held on October 30, 1994 featured a number of famous guests as seen on the President’s schedule displayed here.

Clinton had been a huge fan of Little Richard early on and invited him to play at his first inauguration. For the concert at Ford’s Theatre he sang “Good Golly Miss Molly” and “Keep on Knockin’ (But You Can’t Come In),” two signature hits that helped him become a rock icon. Born in Macon, Georgia, Little Richard was one of the first inductees into the Rock and Roll Hall of Fame in 1986. He famously referred to himself as “one of the architects of rock and roll;” Mick Jagger said “Little Richard was King.”