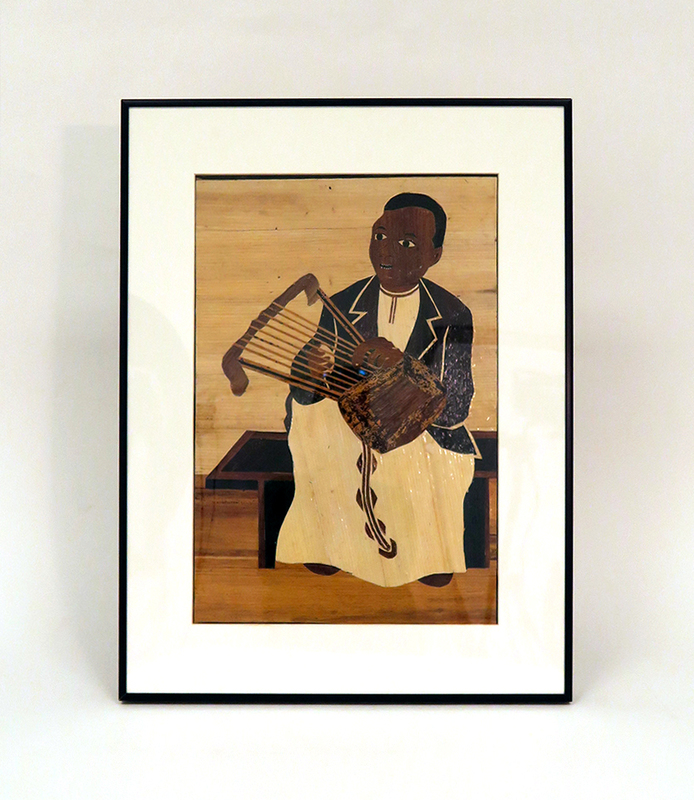 While in Kampala, President Clinton received this picture as a gift. This wood inlay of a musician playing the endongo illustrates the rich musical heritage of Uganda. 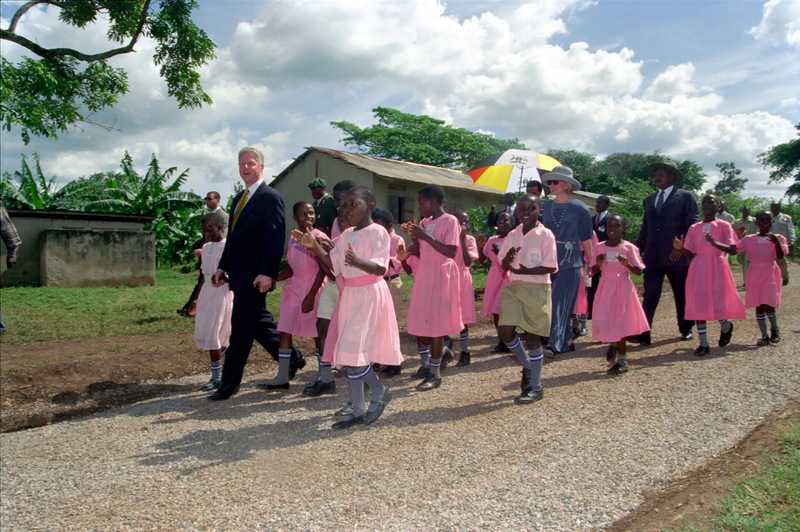 “We want to widen the circle of educational opportunity as is already happening here in Uganda. We want to make investments in primary education for those who will educate boys and girls, because that is critical to improving health, reducing poverty, raising the status of women, spurring economic growth.”

President Yoweri Kaguta Museveni and First Lady Janet Kainembabazi Museveni gifted a painting of a male and female crested crane to commemorate the Clintons’ trip to Uganda in 1998. The crested crane is the national bird of Uganda and appears on their national flag. 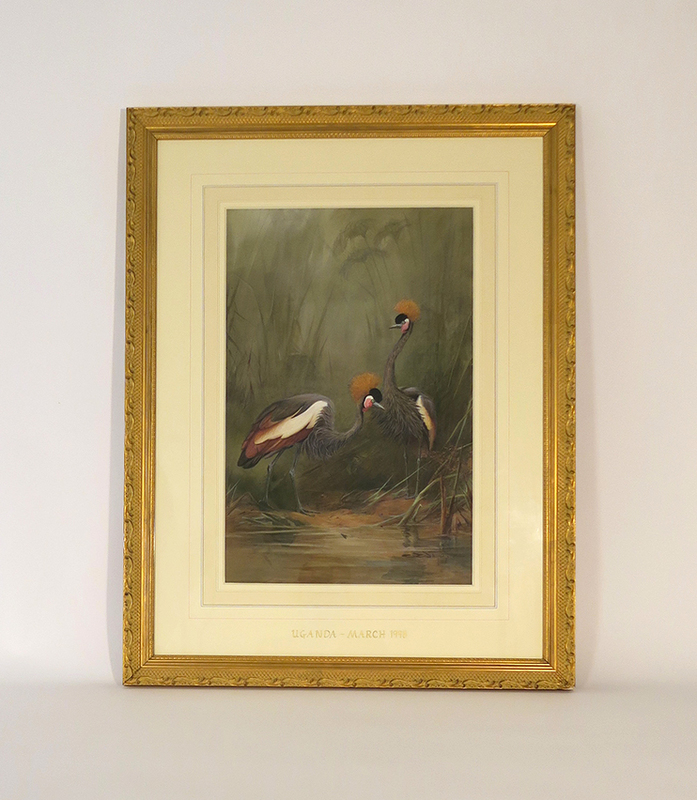