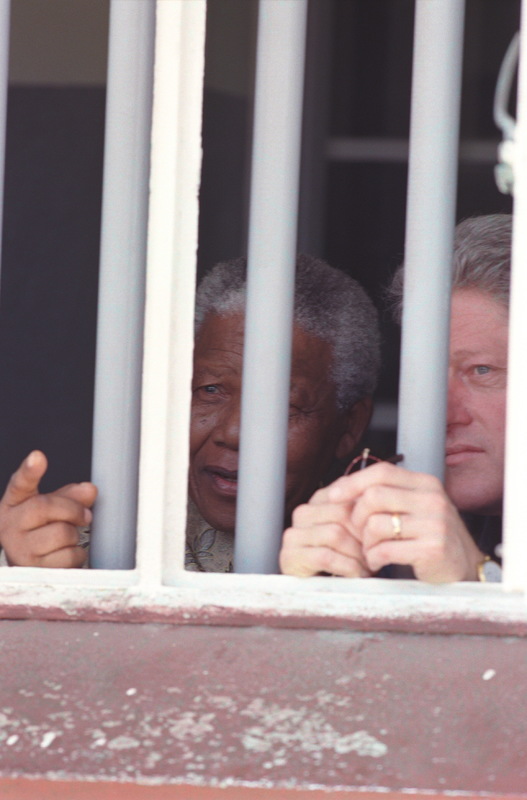 President Clinton commented on how President Nelson Rolihlahla Mandela’s time in the Robben Island prison was important to democracy in South Africa:

“And I think everyone knows that the most important reason for our success is President Mandela. His emergence from his many years on Robben Island is one of the true heroic stories of the 20th century. And more importantly, he emerged not in anger but in hope, passion, determination to put things right in a spirit of reconciliation and harmony. Not only here but all over the world, people, especially young people, have been moved by the power of his example.” 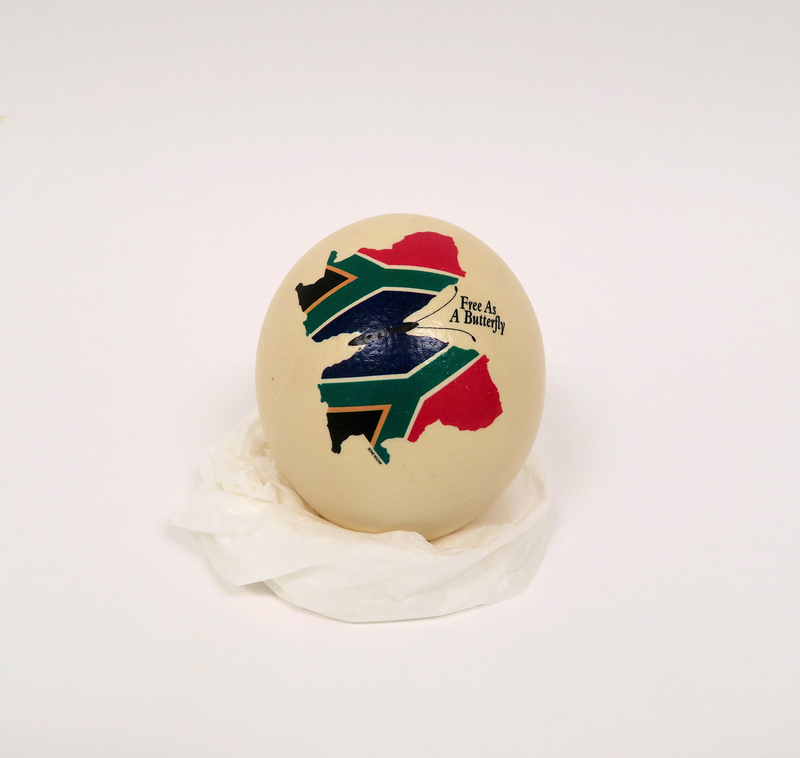 While in South Africa, President Clinton was given a decorative ostrich egg hand-painted with the image of a butterfly in the colors of the South African flag and the words, “Free as a Butterfly”. 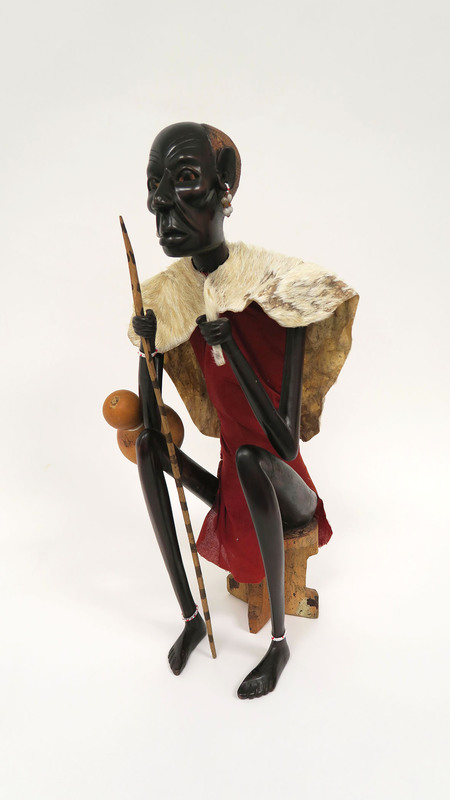