This collection contains records related to Michael Jordan. Records include birthday greetings from the President, a condolence letter and thank-you note, Presidential remarks for the 1997 appearance of the Chicago Bulls at the White House, and a thank-you note from the President to Mr. Jordan for his gift of a bronze statue of a basketball player given to the President after the Bulls won the 5th of their six championships.

Michael Jordan is considered the greatest professional basketball player ever and is also considered by many sports columnists as the 20th century’s greatest overall athlete of any sport. In 1991, he won his first NBA championship with the Chicago Bulls. Jordan followed that achievement with titles in 1992 and 1993, thus securing a "three-peat". Although Jordan abruptly retired from basketball before the beginning of the 1993–94 NBA season to pursue a career in baseball, he rejoined the Bulls in 1995 and led them to a second “three-peat” in 1996, 1997, and 1998. Jordan retired for a second time in 1999, but returned for two more NBA seasons from 2001 to 2003 as a member of the Washington Wizards. He is now the second largest shareholder and “Managing Member of Basketball Operations” for the Charlotte Hornets / Bobcats.

On July 23rd, 1993 at a highway rest area in Lumberton, North Carolina, James Jordan, Michael Jordan’s father, was murdered in a robbery attempt. The two teenagers who committed the crime were quickly caught, convicted and sentenced to life imprisonment. The Clintons sent a personal condolence letter to the Jordan family and received a signed thank you note from Michael Jordan in August of 1993.

Items in the Michael Jordan Collection 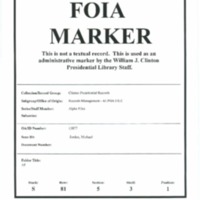 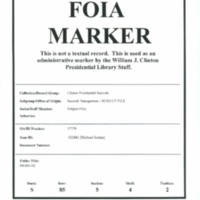 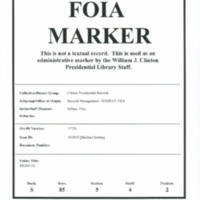 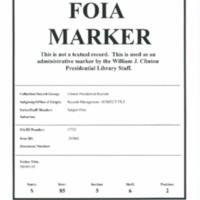 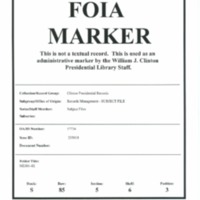 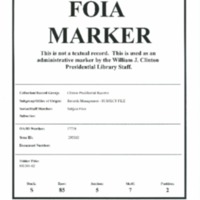 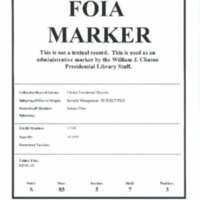 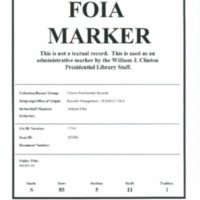 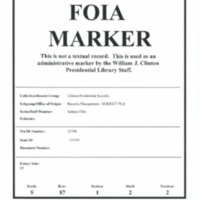 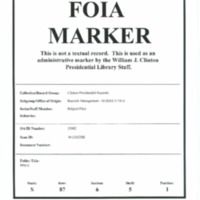 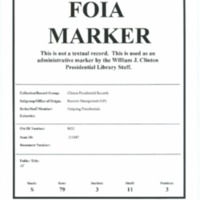