Al Qaida’s hostility against the United States continued to intensify during the last few years of the Clinton Administration. On October 12, 2000, two suicide bombers piloted a bomb laden boat to the side of the U.S.S. Cole, which had stopped in Aden, Yemen for refueling. The resulting explosion killed 17 soldiers and both of the bombers, injured 38 people, and blew a 40 foot hole in the side of a ship. The FBI ultimately determined that al Qaida was responsible for the attack. Eleven months later, after the transition to President George W. Bush’s administration, al Qaida hijackers crashed airplanes into the World Trade Center and the Pentagon on September 11, 2001, killing nearly 3,000 people. The tragedy resulted in the U.S.-led war in Afghanistan.  A commission appointed by President Bush looked into the origins of al Qaida the factors that allowed the organization to accomplish a successful attack on U.S. soil.  It published its report in 2003.  Clinton Administration records cited in the 9/11 Commission Report are located in the following collections: 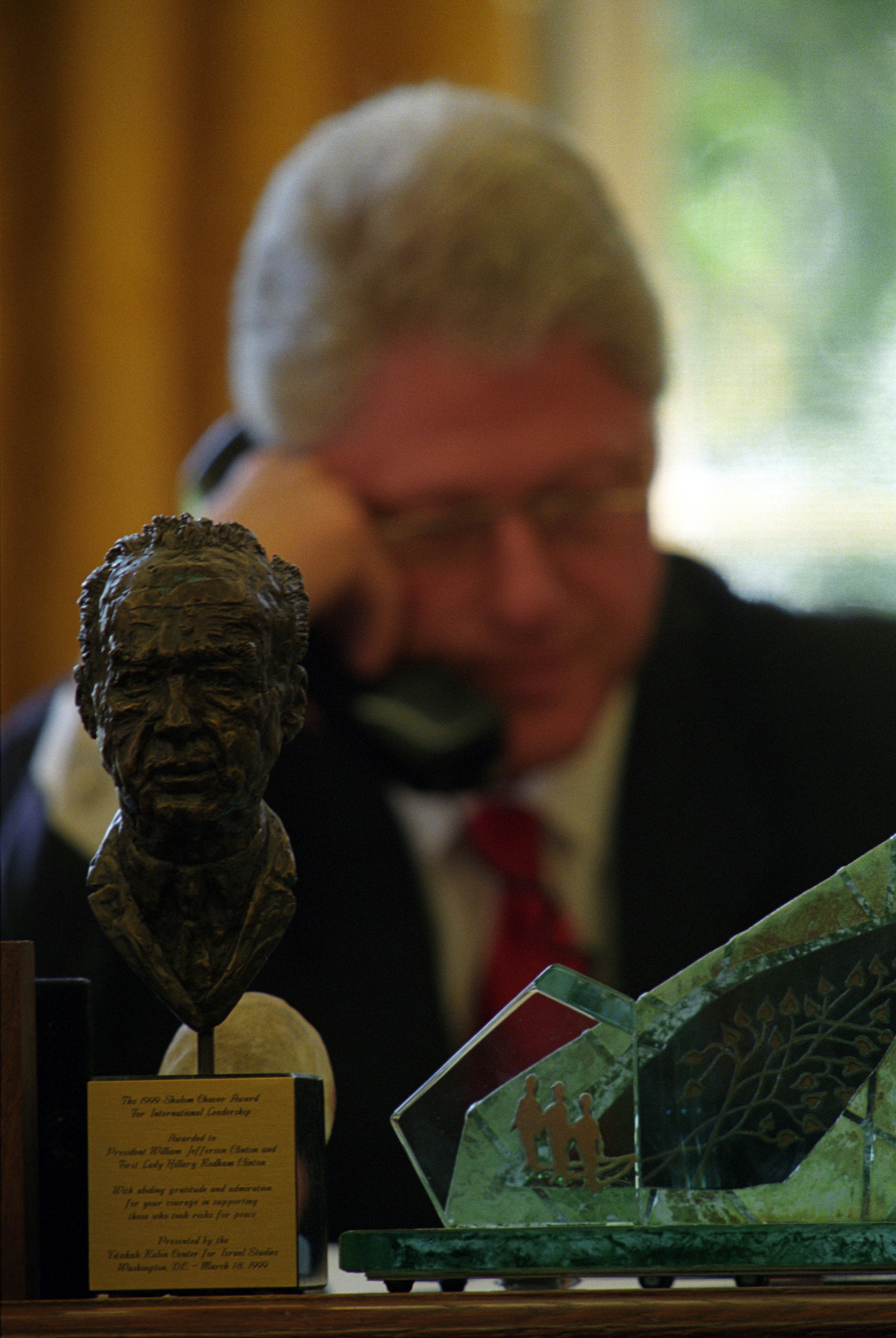 2006-0191-F This collection contains materials from the National Security Council. The collection consists of a number of specific documents concerning Osama bin Laden and the initial terrorist assaults of al Qaida against the United States. These documents are referenced in Chapter 4 of the 9/11 Commission Report. In the process of locating responsive records, additional records dealing mainly with terrorism were processed into the collection. The files contain correspondence, memos, testimony, talking points, speeches, fax cover sheets, articles, email, and schedules. The collection consists of files from Samuel (“Sandy”) Berger and Richard A. Clarke.

2006-1164-F Segment 1 This collection consists of records dealing with terrorist attacks during the Clinton Administration and the counterterrorism policies put in place in response to those attacks. These records include press briefings following the attack on the USS Cole and memos regarding security during the 1996 Olympic Games in Atlanta. Records dealing with aviation security include the final report to the President from the White House Commission on Aviation Safety and Security dated February 12, 1997, a list of accomplishments, and press guidance on increased security measures dated August 1995.

2006-1164-F Segment 2 This is the second segment of a collection consisting of records dealing with terrorist attacks during the Clinton Administration and the counterterrorism policies put in place in response to those attacks. The collection contains records from the files of the staff of the Transnational Threats Directorate in the National Security Council and includes memoranda, briefing papers, reports, notes, cables, emails, correspondence, and press material. Topics addressed include legislation, preparedness reports, aviation security, Presidential Decision Directives (PDDS) 39 and 62, and the investigations of the Oklahoma City bombing, the Riyadh bombing, the Khobar Towers bombing, the U.S.S. Cole bombing, and abductions of westerners.

2007-1064-M This Mandatory Declassification Review contains material on documents referenced in Chapter 6 of the 9/11 Commission Report. Included are National Security Council email regarding strategy in dealing with Osama bin Laden, al Qaida, and the Taliban.

2007-1065-M This Mandatory Declassification Review contains material on documents referenced in Chapter 11 of the 9/11 Commission Report. Included is an email from a National Security Council staffer, providing a threat update.