By the mid-1990s, federal authorities were noticing a sharp increase in reported arsons at churches, particularly African-American congregations in the South. In June 1996, President Clinton established the National Church Arson Task Force (NCATF) to investigate the attacks and prosecute their perpetrators. That month, he spoke at the dedication of Mount Zion A.M.E. Church in Greeleyville, South Carolina, which had been burnt by two Ku Klux Klan members in 1995, “I pledge to you I will do everything I can to prosecute those responsible for the rash of church burnings, to prevent future incidents, to help communities to rebuild.” By 2000, the task force had investigated 827 cases. Also in 1996, Congress passed the Church Arson Prevention Act, which expanded the power of federal prosecutors investigating the incidents. Records on the NCATF are found in the following collection: 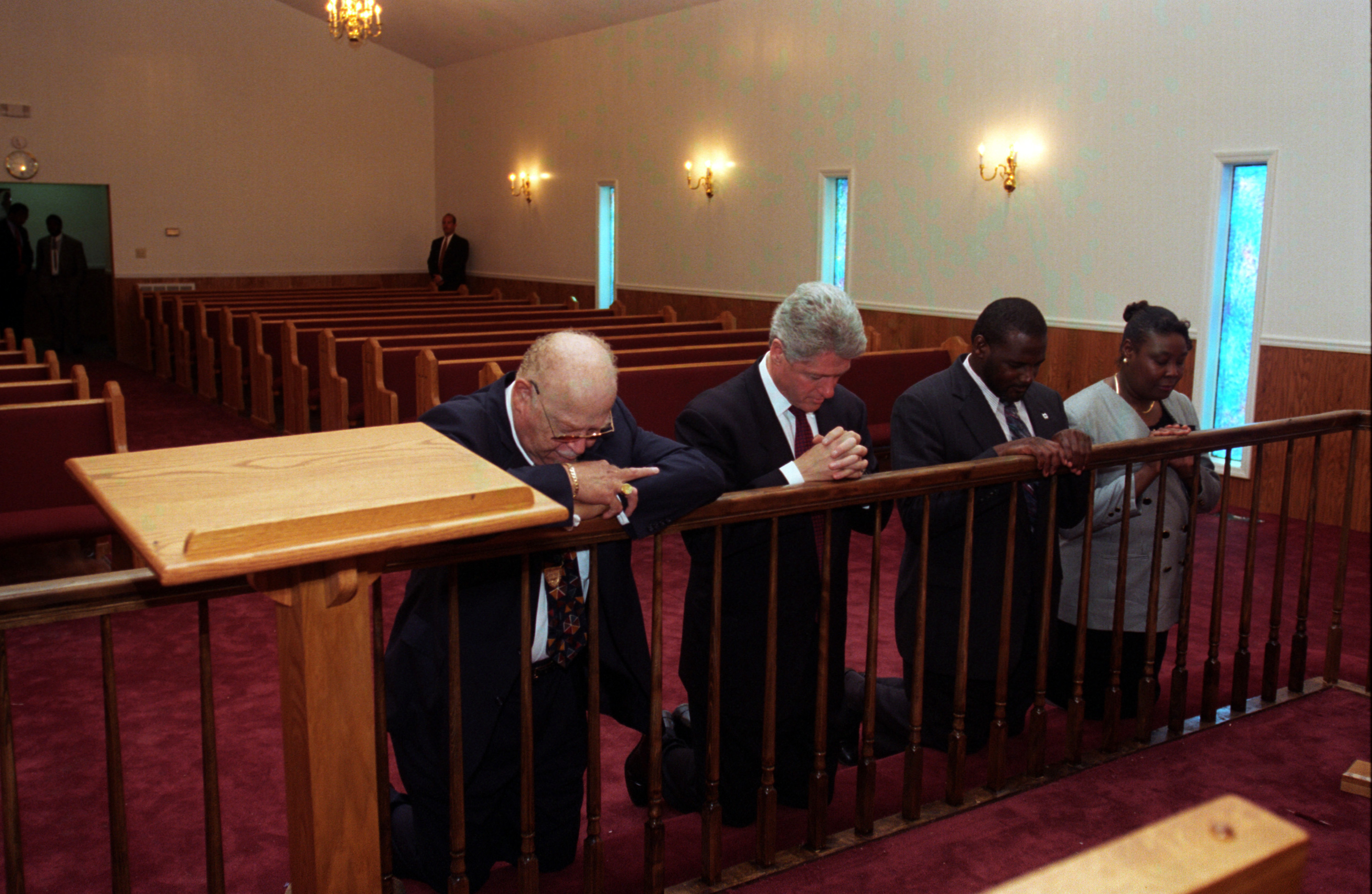 2015-0532-F This collection consists of records related to the sharp rise in the number of reported arson attacks on the nation’s houses of worship and the formation of the National Church Arson Task Force (NCATF). It contains correspondence between members of the Task Force, correspondence with the White House and various pastors and community leaders, Task Force meeting minutes, notes, memoranda, speeches, publications and official reports in both draft and final form. This collection also includes email that contains correspondence concerning the NCATF, information related to meetings, schedules, weekly reports and discussion of the Administration’s position concerning the creation of the NCATF.